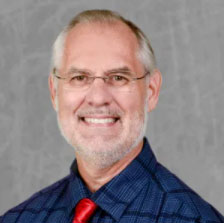 You decide: should economic growth be a goal?

Although we live in a turbulent political environment today, there is a generalized area of â€‹â€‹agreement among individuals and groups of different political perspectives. It is that economic growth is good.

Administrations and elected officials from the two main political parties praise economic growth, especially when it occurs under their watch. Cheers are heard and positive statements to the press are issued when job growth is strong, the unemployment rate is falling, and business production and sales are good. When the opposite happens – fewer jobs, higher unemployment or low production – concerns are heard and economists wonder what can be done to get the economy back on track.

It is easy to see why economic growth is the accepted goal. Growth means more jobs and more income for many workers and businesses. Additionally, firms with higher sales will be more willing to hire and pay workers higher wages. For investors, economic growth usually leads to higher stock values.

However, some critics point to the problems resulting from economic growth. Waste, rising prices, pollution, increased traffic and congestion, and the psychological downsides of being pushed to be bigger and better are some of the downsides voiced by skeptics. Those who question economic growth have often been heard in the fast-growing metropolitan areas of North Carolina.

So who is right, the growth advocates or the growth doubters? Or, is there a happy medium?

Proponents of growth argue that there is a need to increase the size of the economy in a country with a growing population that wants higher standards of living for its residents. With more people, more jobs are needed, more products and services have to be provided, and therefore more expenses will be incurred. In addition, to improve their way of life, workers will work in professions with higher wages, which in turn generates even more expenses.

Growth advocates respond to some of the complaints of growth skeptics by emphasizing a simple fact. Countries with higher living standards tend to spend more to create pollution reduction technologies, develop improvements in health care, contribute to charities, and provide wider “social safety nets” for people. in trouble.

It’s logic. As economic growth pushes the standard of living to a higher standard, societies may shift away from the primary focus of staying alive to concern themselves with broader issues like pollution and the environment. In addition, richer societies will have more income and available wealth to devote to these problems.

While growth skeptics may recognize these benefits of faster economic growth, they say it’s not enough. In rich countries, roads are still congested, pollutants continue to be released into the air and water, landings are blocked by discarded produce, and open fields are replaced by housing estates. Growth skeptics fear that the future will always be threatened by economic growth.

Fortunately, economists have created an approach to tackling negative externalities, and its use can create common ground between growth advocates and growth skeptics. The economists’ idea is simple: to have it recognized by the generator of the negative externality by paying a royalty for the evil it creates.

The imposition of such a fee can have two beneficial results. For those who still engage in the activity or purchase the product that causes the negative externality, the charges will create funds to help mitigate the negative outcomes.

However, others may react by deciding that the extra cost makes the activity or product too expensive, thus encouraging them to use alternatives that do not produce negative externalities.

Examples of these â€œnegative externalityâ€ charges are charges on fuels that generate carbon dioxide, charges for driving in congested areas, disposal charges added to the purchase price of lifetime products. limited such as electronics and appliances and development costs to purchase and preserve open space. While these fees increase the cost of living today, they can reduce the harmful byproducts of a prosperous and growing economy now and in the future.

Therefore, there may be three alternative approaches to economic growth: promoting it, reducing it or promoting it, but having policies in place to deal with the potential negative consequences of growth. You decide which one is the best!