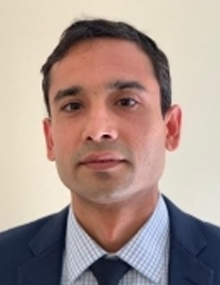 The recovery in South Asia continues as global demand has rebounded and targeted containment measures have helped minimize the economic impacts of recent waves of COVID-19. But the recovery remains fragile and uneven, and most countries are far from pre-pandemic trend levels, the World Bank says in its biannual regional update.

South Asia’s latest economic focus titled Shifting Gears: Digitization and Services-Led Development predicts 7.1% growth in 2021 and 2022. Although year-over-year growth remains strong in the region , although starting from a very weak base in 2020, the recovery has been uneven across countries and sectors. South Asia’s average annual growth is expected to be 3.4% over 2020-23, 3 percentage points lower than in the four years leading up to the pandemic.

Questions to the speakers:

Please send your questions to the speakers via the online form displayed on this web page.

Zoe Leiyu Xie is a Senior Economist in the Office of the Chief Economists for South Asia, where she works on South Asia’s economic direction and contributes analytical work on the region’s macroeconomics. Before joining the World Bank in 2021, she spent four years as a research economist and deputy advisor at the Federal Reserve Bank of Atlanta. She holds a doctorate in economics from the University of Minnesota and a bachelor’s degree in economics and mathematics from Williams College. She has published articles in peer-reviewed journals including the Journal of Monetary Economics and the European Economic Review. 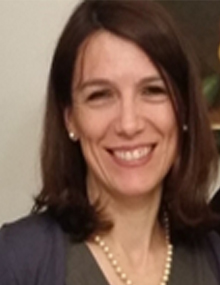 Valerie Mercer-Blackman is a Senior Economist in the Office of the Chief Economist for South Asia, currently focusing on research focused on regional policies and trends in South Asia. His recent published research focuses on the diversification, productivity of commercial FDI in services and global value chains. His previous analytical work focuses on growth engines, investment, and tax issues in developing countries, particularly commodity exporters. Previously, she worked as a macroeconomist at the Asian Development Bank; at the Caribbean Department of the Inter-American Development Bank; and on Latin America at the International Monetary Fund. She holds a doctorate. in Economics from the University of Pennsylvania and a Bachelor of Arts from Yale University.

Siddharth Sharma is Senior Economist in the Office of the Chief Economist for South Asia at the World Bank. He specializes in the microeconomic analysis of businesses and labor markets. Since joining the World Bank as a Young Professional in 2010, Siddharth has worked on a range of analytical and operational projects in support of productivity and employment growth in Africa, Europe, Central Asia and South Asia. His research has been published widely in peer-reviewed journals, and he has also written chapters for several World Bank policy reports, including the World Development Report 2017 on “Governance and the Law”. Siddharth has a doctorate. in Economics from Yale University.

To be posted before the seminar.