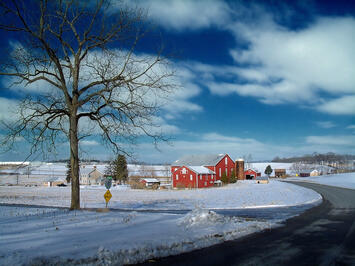 Why the “Old North” States have lagged economically

My last column is now online on Gouverner. This is a recap of my analysis in my US Affairs article on Indiana of how all of the states and regions of the Old North – an area of â€‹â€‹23 states encompassing the Great Plains, Midwest, and Northeast – are demographic and economic laggards. Here is an exerpt :

Since Kevin Phillips coined the term â€œSun Beltâ€ in the late 1960s, it has been well known that much of the growth in population and employment has been directed south and west. The rest of the country is not doing so well. What we might call the “Old North,” a region of 23 states spanning the Great Plains, Midwest, and Northeast, as well as some border states like Kentucky, has consistently lagged behind the rest of the country. . In essence, half of our states have prospered, the other half have struggled. Statistically, only one state in the Old North, North Dakota, is doing particularly well. And North Dakota’s success was driven by an oil boom. Aside from this likely temporary exception, much of the Old North is a mediocre artist at best.

The continuing struggles of the Old North states to find a fully successful 21st century model seem to belittle differences in demographic makeup, urban versus rural dominance, or control of political parties. Vermont may be more socialist and New Hampshire more libertarian, but they face similar challenges in attracting new residents. The deep blue of Illinois and the deep red of Indiana are much more alike than the leaders of the two states would like to admit.

This article was previously published on Heartland Intelligence.

Aaron M. Renn is an influential urban analyst, consultant, speaker, and writer on a mission to help cities and people across the United States thrive and become truly successful in the 21st century. It focuses on urban, economic development and infrastructure policies in the great American Midwest. He also contributes regularly to and is cited by national and global media, and his work has appeared in numerous publications, including the The Guardian, The New York Times and The Washington Post.