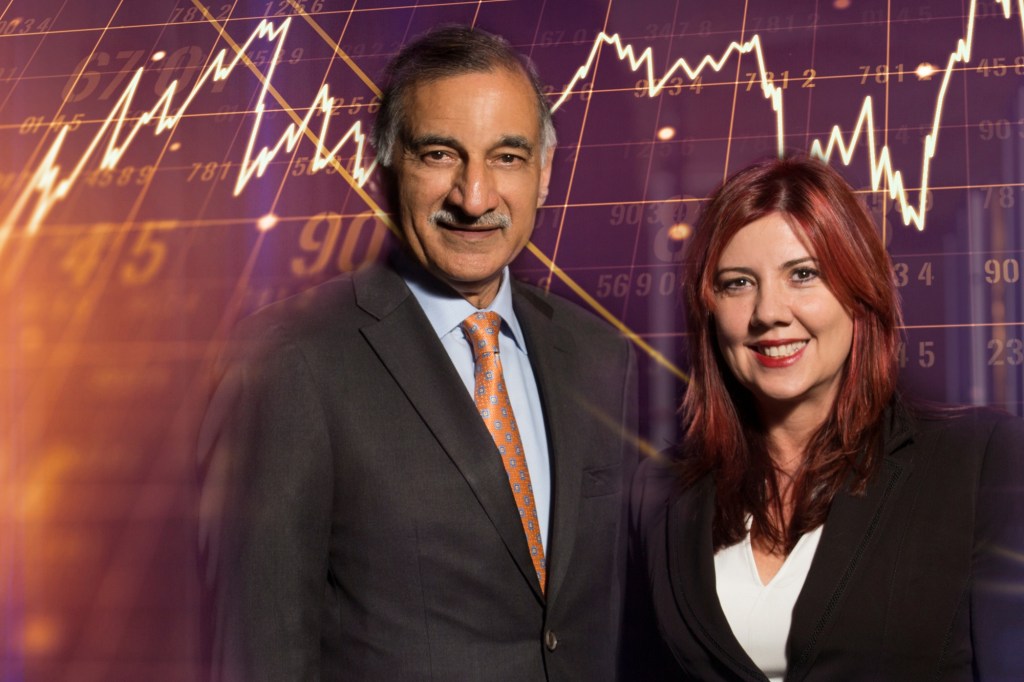 When professors Anil Puri and Mira Farka of the Cal State Fullerton Woods Center for Economic Analysis and Forecasting presented their annual report in October, they realized it was tricky, complicated and, in some ways, unknowable. Issues such as inflation, supply chains, material costs, rising interest rates, the aftermath of the pandemic, and the price of oil, which at the time had been rising steadily for 18 months , all added to the difficulty.

It was a tricky forecast at best, with all sorts of headwinds and potential economic shoals that could derail national and local economies.

What they could not understand in their projections was a ruinous, ill-considered and devastating decision by Russian President Vladimir Putin to invade Ukraine.

Following the invasion, Puri and Farka will present their mid-year spring forecast at 10:30 a.m. on April 22 at Meng Hall.

Although the economic impacts cannot be compared to the horror of death, destruction and displacement, they are inextricably linked.

As Puri, director of the center and former dean of the College of Business and Economics, said, “It’s not just a war of arms, but of economies, and that leads to great uncertainty.”

The Russian invasion of Ukraine has clouded even the most optimistic October forecasts.

While the United States remains somewhat isolated, it is far from immune. Bold Russian aggression could have ramifications for the US economy that will be felt for years.

“As the days pass, I see a darker picture,” said Farka, co-director of the Woods Center.

Even if the war ends quickly, she said, a protracted insurgency in Ukraine is also clouding the economic outlook.

Forecasting is “more complicated for sure”, he said, but he was less willing to predict a recession or worse.

Even though neither Russia nor Ukraine have the kind of global influence that could directly jeopardize the US economy, the ripple effects on the European economy have already crossed the Atlantic.

Energy prices, especially at the pump, and inflation are the immediate concerns of ordinary citizens in the United States. Intertwined with these concerns are the sanctions against Russia and how they will affect daily life.

For Southlanders, the most obvious barometer of the economy is still the price of gas, which was on everyone’s mind even before the February 24 invasion of Ukraine. Since then, it has exploded.

On March 12, the national average price for a gallon of gasoline was $4.326, actually half a cent lower than the previous day. Overall, prices are approaching $2 a gallon higher than a year ago.

Across Southern California, drivers line up, sometimes in multi-block convoys, for gas closer to $5 than $6.

Both Puri and Farka expect high prices to last as long as the crisis continues.

“The problem is that oil is traded on the world market,” Farka said, and even before the war with Russia it had been on an upward trend for more than 18 months.

In Southern California, she says $5.90 is likely.

Then she adds, “I don’t want to say six, because that will crush people’s outlook.”

Earlier this month, President Joe Biden announced a halt to all oil and gas products from Russia. The UK followed suit.

Farka said the United States can easily offset any loss of Russian imports with increases in domestic production and imports from OPEC, which has slowly started releasing more oil.

His worst fear is that if war escalates in Ukraine, it could prompt Western Europe to tighten sanctions on energy imports, which it has resisted so far.

Unlike the United States, the European Union relies heavily on Russian energy and has been slow to add green technologies. According to the professors, Russia supplies 42% of the European Union’s natural gas imports and 26% of its oil imports.

“If Western Europe goes in this direction, it would be catastrophic for the global economy,” Farka said of the tough energy sanctions. “I don’t think it will go that far. They want to hurt the Russian economy without hurting their own.

Puri agreed, saying, “If the EU follows (the US and UK), it will have a serious effect.”

The price of gas only exacerbates the already worrying inflation problems that preceded the Russian war.

“We were already more concerned about inflation when most (economists) thought it was only transitory,” Puri said, referring to the October outlook.

Consumers are also feeling the pinch at the grocery store.

Russia and Ukraine are among the largest producers of wheat and corn in the world. As a result, grain futures prices are at record highs, as the war shut down Black Sea exports.

Coupled with drought in the United States and poor agricultural conditions in China, the world could experience a global food price crisis, exceeding the high costs that contributed to the Arab Spring a decade ago, according to Bloomberg News.

“Unfortunately, the surge in inflation comes at the worst time in 41 years,” Farka said.

Inflation is accompanied by interest rate hikes by the Federal Reserve, which drives up the price of borrowed money.

“There’s not much they can do,” Farka said of the Fed, which reacts to inflation and stock markets.

In the October forecast, the CSUF predicted that inflation would slow, but at a less optimistic pace than other economists. Now even that bleak outlook has deteriorated and Farka sees no respite.

“I see (inflation) ending the year at 7.5%,” although she said there could be a slight dip in the fall.

The stock market, a term for the many stock exchanges around the world, is also of concern.

Farka predicts that a market correction is imminent or already underway that will “wipe out trillions” and further affect consumer spending.

“Consumers will be more cautious,” Farka said. “It will slow the economy, and you can see why we expect slower growth.”

The bright spot she sees is the labor market and the high employment rate.

But even this news is tempered by recent reports of corporations conspiring to keep wages low.

Farka said amid inflation and rises, the Federal Reserve was doing its best to “stage a soft landing.”

However, she notes that in the past, the government has not done a particularly good job in this regard.

“I think the risks of a recession are higher,” Farka said. “Historically, every time the Fed has raised rates, recession follows within 20 to 30 months.”

Puri said his numbers were different. Since World War II, he said recessions followed 60% of the time.

In both cases, the probability of a recession is higher than it was.

“I think Europe is getting closer to a recession,” Farka said.

Sanctions put in place in recent days will have a crippling effect on the Russian economy, including disconnecting the SWIFT banking system and, more importantly, freezing the Russian Central Bank’s $630 billion in foreign exchange reserves.

Even so, Farka notes that there are loopholes in sanctions, particularly in nickel, steel and aluminum exports. Of particular concern to some, she said, would be a loss of nickel needed for electric car batteries, and “electric vehicle inventory could bottom out.”

“Again, this couldn’t come at a worse time.” she says. “Supply constraints are getting worse, even compared to last year.”

The freezing of Russian oligarchs’ assets and the high-profile seizure of their superyachts have no significant economic impact and are symbolic and political, according to Farka.

However, even with incomplete sanctions, says Puri, “the Russian economy is devastated.”

Despite the gloom, Puri says the United States is better positioned than other countries to weather economic uncertainty.

“The United States has the most dominant economy in the world and the most open economy,” Puri said, which ironically also makes it an exposed economy.

The gross domestic product of the United States, projected at around $20.89 trillion in 2022, is still larger than China and Japan, numbers 2 and 3, combined.

The two economists say the outlook is bleak or bright, they try to find the most accurate patterns.

As Farka puts it, trying to separate “short-term gut reactions from long-term trends is the hardest part.”

Although Puri is less prone to gloomy predictions than his partner, preferring to deal with “unpredictability”, Farka said he could turn to his way of thinking.

Puri plays down Farka’s alarm with some amusement.

“I’m older than her, I’ve seen more,” he says, noting that economic trends and turmoil come and go.

“We have different views on the dynamic and we have our own views.”

However, Farka believes she is slowly bringing her eldest to her side.

“Before, he had more hope. I lured him to the dark side.