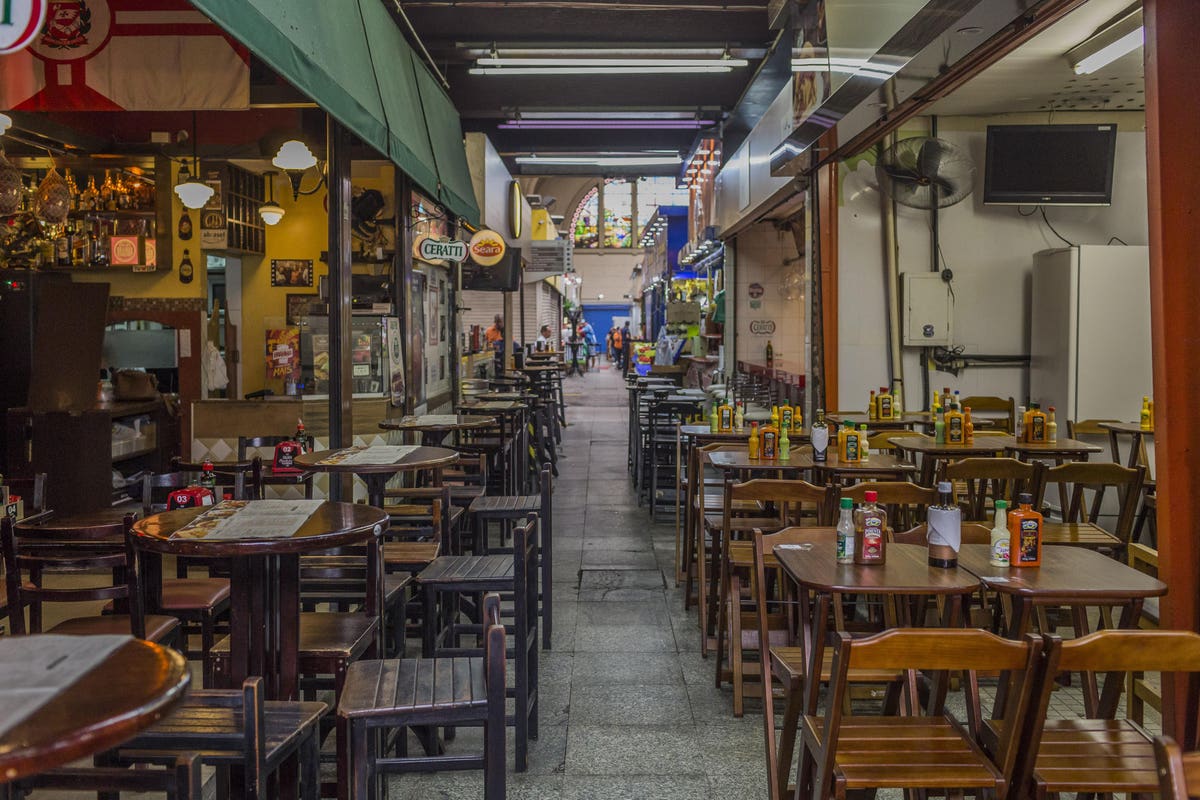 Update of the economic forecasts of March 20, 2020 for COVID-19, the impacts of the coronavirus

By: Cara G. Newton
In: Economic forecast
With: 0 Comments

Last week’s economic forecast is out of date and no one can be sure what the future holds. Because everyone is asking, here are my thoughts on the economic implications of the COVID-19 pandemic.

You can consult the webinar on economic forecasts that I conducted on March 20. This article summarizes that information.

New reports have reflected what is newsworthy: stock market decline, deaths and business closures. People who wake up in the morning and go to work aren’t newsworthy, but it’s more common than layoffs. Keep this in mind as you assess the bigger picture.

The pandemic is hurting the economy in four fundamental ways. First, the supply chain failures I wrote about February 16, when it was a China affair. Supply chains are always a problem, but not the worst.

The second damage results from the direct effects of the disease on the loss of work of those who are sick or who care for the sick. So far, this is a minimal impact.

The third and largest impact to date is the indirect effect of quarantines, travel restrictions, restaurant and store closures, etc. It’s very big, and it triggers the fourth evil.

Finally, the economy is plagued by demand shocks as people’s incomes are constrained by job losses and, in the case of small business owners, lost profits.

To assess the risk to the overall economy of quarantines and closures, and their spillover effects, I judgmentally coded each sector of the economy as mild risk, moderate risk, or severe risk. Serious risks included restaurants and air travel, of course, as well as several other categories. Trucking was a moderate risk, given that some food still needs to be moved to stores, but not a lot of furniture or appliances. Slight risks included activities that can probably be done safely, such as construction.

The fabrication illustrates the difficulty of the exercise. The factories are extremely varied. While visiting a paint factory, I thought the factory was down because I couldn’t see anyone in the production area. The manager pointed out to me three people scattered over a large area and told me that the factory was in full production. On the other end of the spectrum, I visited a fish processing plant with over 100 people side by side. Many other factories I visited had workers who were usually, but not always, six feet apart.

The list by position of employment sectors was coded as well as the components of GDP, with similar results for the two calculations. About 20% of the economy is seriously threatened; 5% at moderate risk and 75% at mild risk. This light category includes sectors that will increase either the number of jobs or the hours worked, such as health care and government.

This assessment does not include government decrees requiring the closure of non-essential businesses, which will significantly worsen the economic impacts.

The lessons of the past are valuable. The fate of Rome: climate, disease and the end of an empire is a recent book claiming that the plague contributed to the collapse of the Roman Empire. With Roman control of the Mediterranean, international trade and travel developed like never before. Does ringing a bell? And with travel comes infections.

The Black Death of 1347-1351 killed so many people that the wages of surviving workers doubled: supply and demand in action.

More recently, the Spanish flu killed 675,000 people in the United States. It started in Kansas but was misnamed because only Spain did not censor reporting during WWI. very sharp drop in deaths at the end.

The economy went into recession around the time the flu peaked, but it’s not that simple. World War I ended in November 1918, at the height of the flu. Then the United States slowed down the purchase of war material and brought our troops home. Demobilization is the obvious cause – or contributor – of the recession.

Data available for that time is scarce, but the recession appears to have lasted for about nine months, with trade and manufacturing falling by about nine percent. However, our annual GDP figures show strong growth in 1918 and weak growth in 1919. This corresponds to a strong boom in the first half of 1918, a nine month recession, followed by a nice rebound.

The American experience with the coronavirus is of course very different. President Woodrow Wilson has increased the death toll by censoring news to keep people working. There was no social distancing, no bar and restaurant closures, or suggestions (or opportunities) to work from home. Our actions in 2020 will reduce the death rate far below what a 1918-style response would have created, but at the cost of more severe economic decline.

The economic future depends on the future of the virus. Four possibilities emerge, starting with an end in about three months. It seems the least likely, but it is possible that the current containment is preventing the spread of the virus and that it will go out due to lack of hosts.

The virus can turn out to be seasonal, like the common flu, in which case we will have a break and then a recurrence as winter approaches.

The last possibility is that we will soon have a vaccine or a treatment. Vaccines take a long time – a year seems like a best-case scenario, an accelerated story – but treatment could calm things down quickly. If we find that an existing drug, already proven safe, reduces the effects of the virus so that it is not so deadly, we can go back to something like normal.

What will trigger an “all clear” signal? Many states have ordered all bars and restaurants (except take-out) to close and banned large gatherings. Maybe if a state goes two weeks or four weeks without a new case, the closures will be lifted. But stray cases are likely to reappear as people travel across the state.

Economic forecasts on the extreme pessimistic call for a severe recession lasting a year or two. The people whose jobs are vital to maintaining basic public services and the food supply will continue with their jobs, and the rest of us either work from home or do nothing. It would probably be worse than the Great Depression, but it is certainly not the most likely forecast.

The optimistic end of the forecast spectrum would be based on a treatment that proves to be effective over the next month or so, with life generally resuming as usual in June or July. We would pick ourselves up, dust ourselves off and start over, as Fred Astaire and Ginger Rogers suggested.

The business implication of this wide array of possibilities is that businesses must be prepared for an extended period of low sales, while also being prepared to leap forward in a recovering economy.