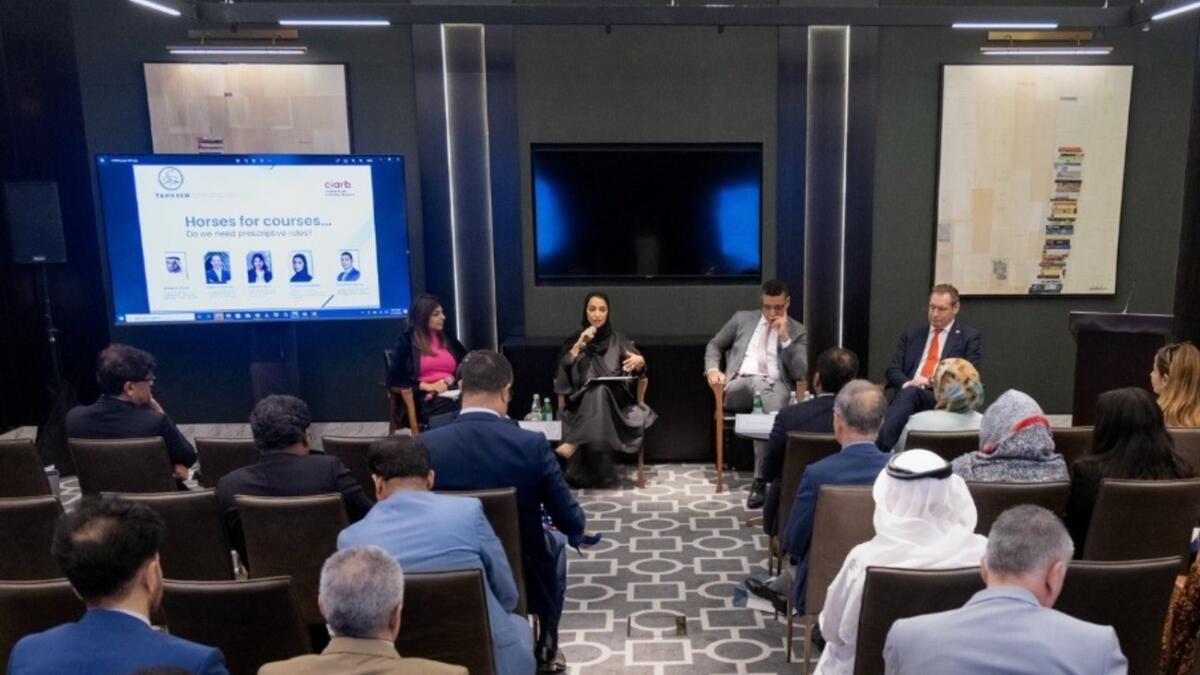 Participants in the round table organized as part of the Dubai Arbitration Week. — Photo provided

The Sharjah International Commercial Arbitration Center ‘Tahkeem’ organized a panel discussion titled ‘Horses for Courts’ as part of the fourth edition of Dubai Arbitration Week 2022. The discussion centered on the arbitration and its importance in improving the economic environment of the country, as well as a discussion of important practices followed in the field of arbitration.

The session began with an introductory presentation from the Sharjah Center for International Commercial Arbitration. The presentation included an introduction to the working mechanisms and nuances seen in arbitration cases, the quality of services provided by the center in accordance with modern international arbitration standards and the importance of arbitration in promoting stability economy, increasing investment in the country and guaranteeing a safe and exemplary investment environment.

The panel discussed and analyzed a wide range of topics, including best practices in the arbitration industry, both locally and internationally, the types of cases commonly handled by arbitrators, and the effectiveness of the arbitration process. arbitration. The differences between the administrative process for cases handled by local courts and arbitration institutions were also elaborated.

The participants of the session pointed out that the option of using arbitration centers instead of courts has recently gained popularity, preferred by many investors and owners of large companies due to the many advantages and facilities offered to them by arbitration. Speakers gave examples of disputes that had been resolved through arbitration and highlighted the role of arbitrators during the process. The extent of the powers of the arbitrator to intervene in the proceedings followed in the arbitration in various cases and disputes was also discussed.

Dubai Arbitration Week is one of the region’s premier annual events aimed at showcasing and discussing the most important specialist niche topics related to arbitration locally and internationally. The week-long event highlights the effectiveness, flexibility and impact on the commercial landscape of vital arbitration-related laws, and how these laws strongly contribute to the continued and sustained growth of the business sector in the local level.

2022-11-22
Previous Post: an SNC-Lavalin partnership to support the socio-economic development of Indigenous peoples in Canada
Next Post: Washington’s economic hegemony is at an impasse (China Daily editorial)