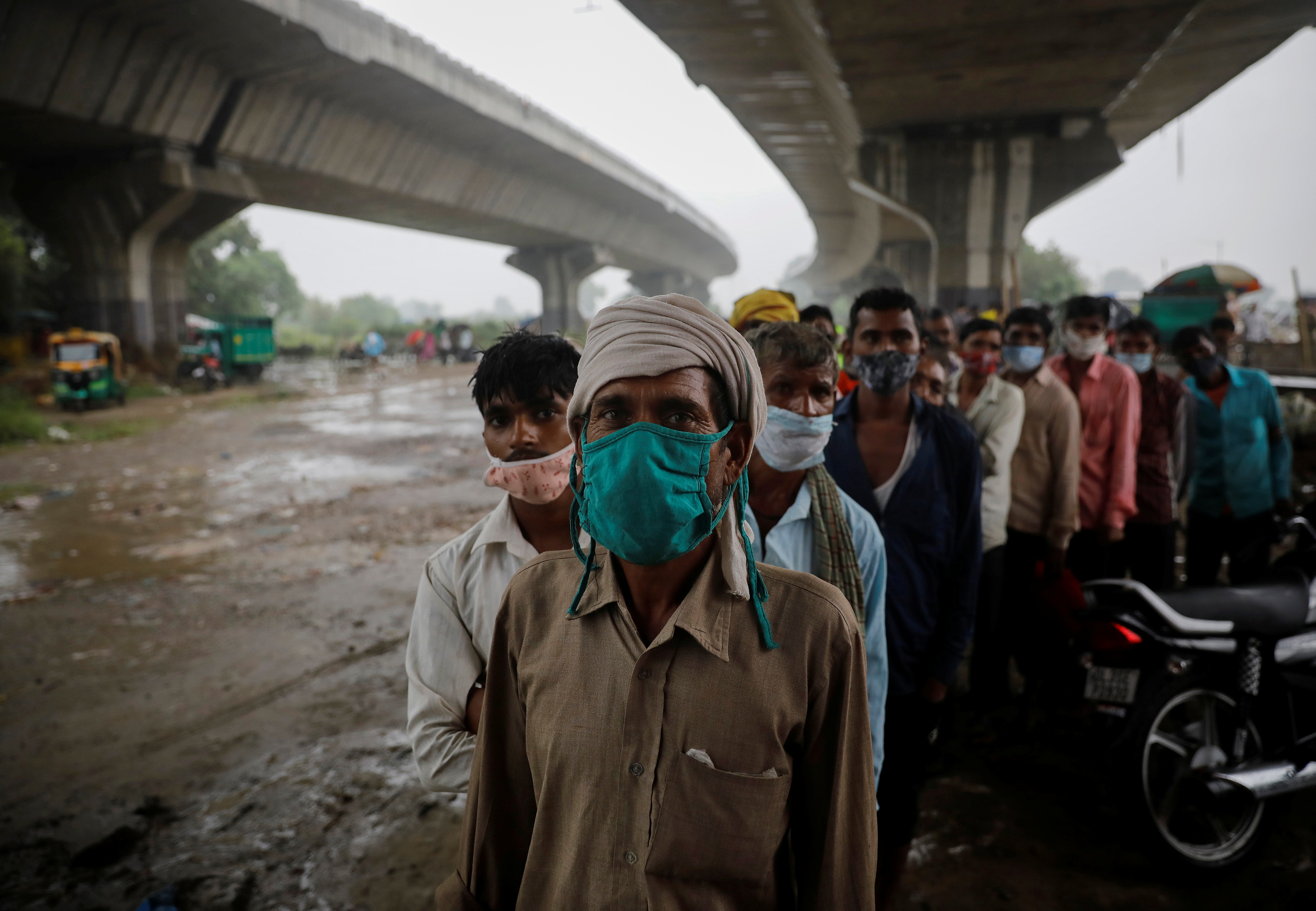 The risks of an uneven economic recovery in an unequal world

The COVID-19 pandemic has impacted the world’s most vulnerable populations through loss of life, health, jobs, income, assets and education. The World Bank’s High Frequency Telephone Surveys (HFPS) â€‹â€‹help identify the main fault lines along which the uneven impacts of the pandemic are emerging in developing countries (country-level indicators produced with this data are presented in an interactive dashboard). The pandemic has intensified inequalities between high-income and low-income countries, men and women, and workers from different socio-economic groups. While the initial impacts of the pandemic have reinforced pre-existing inequalities, the world must now turn its attention to the risks of an uneven economic recovery and the long-term threat it poses to social mobility and inequality.

Initial information (using harmonized multi-country HFPS data) from April to June 2020 suggested extremely significant impacts on income, jobs, food security and children’s education, coupled with the stringency of policy measures taken during the pandemic. On average, more than a third of people who worked before COVID-19 in 52 countries have stopped working; more than 60 percent of households reported loss of income in 30 countries. A trend of widening gaps between rich and poor countries emerged early on: income losses, disruptions in children’s education, and food insecurity were much more common among households in the poorest countries. poor. In addition, emergency social transfers were insufficient to offset the impacts on incomes in low-income countries. For example, per capita social protection spending for COVID-19 measures averaged $ 4 from March 2020 to May 2021 in low-income countries, compared to nearly $ 850 per capita in high-income countries. .

In developing countries, the economic impacts seemed to reinforce pre-existing patterns of inequality. Large segments of the population who were disadvantaged in the labor market before the shock – women, young workers and less educated workers – were much more likely to lose their jobs in the first three months of the pandemic (Figure 1 ). Income losses were also more likely among respondents with no college education and households with self-employed or casual workers. Access to learning during school closures was more severely limited for children in larger households and in households where the survey respondent was less educated. There were a few exceptions to these models. For example, in some low-income countries, educated workers were more likely to stop working, as they tended to be employed in the urban service sector which was heavily affected by the pandemic.

Men and women also experienced the pandemic with significant differences. While men were more likely to die from COVID-19, women were more affected in other dimensions of well-being. Women suffered disproportionately from mental health impacts and were at higher risk of dying during childbirth or having stillbirths. Women have taken on increased responsibility for additional care needs with the closure of schools and increased illness among family members, affecting their ability to return to work as economies reopen. As women lost their paid work at a higher rate than men, their unpaid work increased; and women entrepreneurs were at greater risk of having their businesses closed than men. Evidence also suggests a sharp increase in violence against women during the pandemic.

COVID-19 has struck in a world where inequalities were already pervasive and socio-economic mobility was not improving. It can worsen these trends through three main channels:

Evidence from past crises shows that those most affected may take longer to recover. Our analysis of the HFPS data shows the first indications of this phenomenon from the current pandemic.

After sharp declines in April-June 2020, incomes and employment experienced a partial rebound from September 2020 in the 17 countries in our sample where policies restricting mobility have become less strict. Encouragingly, food security and employment have improved at a similar rate for countries at different income levels. However, the improvements in September did not restore employment to pre-pandemic levels and were not sufficient to significantly reduce the gaps in initial job losses between women and men, non – graduates and university graduates, and young people and older workers. For example, women’s employment had recovered only 30% of what had been lost between the pre-pandemic period and May-June (compared to 49% for men). In addition, a detailed analysis of six countries shows that men, young people and university graduates in these countries were less likely to lose their jobs and more likely to find a new job if they did.

Particularly among the poorest households, much of the recovery can also be driven by lower quality jobs. In six countries, self-employment accounted for 83% of the increase in employment rates from May to September for workers with primary education, compared to 58% for workers with tertiary education. In some countries (such as Nigeria) agricultural employment has increased sharply, suggesting that individuals have taken up agricultural work to cope with further job losses.

While food security has continued to improve, data from September 2020 to January 2021 for eight countries indicate that disparities by gender and place of employment have persisted even as policy stringency has improved. There were early signs of a stagnant recovery – in a sample of 14 countries, the employment recovery appears to have stalled in the last quarter of 2020.

The pandemic has underscored the need to build an efficient and equitable public health system, invest in safety nets and social insurance, and institute a fiscal policy that raises resources in a fair and efficient manner for finance investments. The first priority is to ensure widespread and equitable access to vaccines. Second, governments must help children and parents make the transition to school and facilitate the reintegration of workers most likely to remain unemployed. Older, less educated workers may also need more support to deal with the consequences of rapid technological change. To reverse gender disparities, there must be a concerted, multisectoral effort to empower women and girls around the world. These recommendations are a first step in what should be a coordinated global effort to prevent the growth of socio-economic inequalities and disparities by income, age and gender that may result from the COVID-19 pandemic. Making our societies more equitable and more resilient to future crises means tackling structural inequalities today.