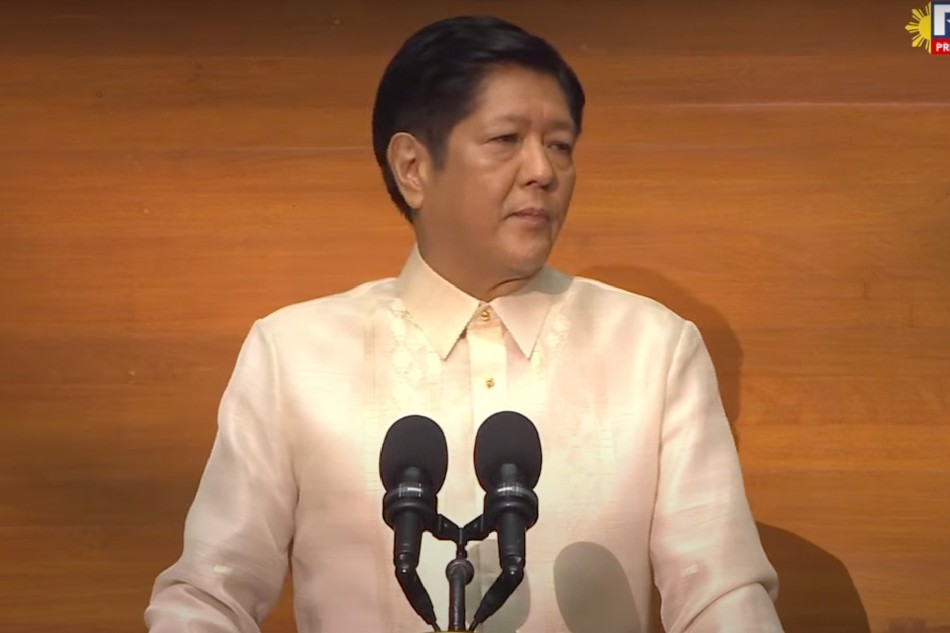 The economic challenges that Marcos must overcome

President Ferdinand Marcos Jr said during his first State of the Nation address that the state of the nation is healthy. While some indicators show that the economy is doing well, there are also reasons for concern.


The ABS-CBN data analysis team dives into the numbers, two months into the new Marcos administration.


Growth has been good. Gross domestic product, the benchmark measure of economic activity around the world, looks good in the Philippines.

Although the Philippine economy has yet to return to its pre-pandemic trajectory, it at least surpassed pre-pandemic levels in 2019. Even with base effects, this is still an impressive achievement. After all, the Philippines rebounded from one of the deepest recessions among major ASEAN countries during the pandemic and is now one of the fastest growing so far in 2022.

However, economic growth of 7.4% in the second quarter of the year was below expectations. This was partly attributed to inflation.


Inflation was painful around the world in 2022. The Philippines was no different. In July, inflation in the Philippines hit its highest level since 2018, when supply issues hurt Filipino consumers.

But compared to other countries in the region, inflation in the Philippines is actually lower than in Thailand and Singapore.

However, the inflation rate could worsen due to the next data point.


From P51 to the dollar to start 2022, the Philippine peso rose above P57 to the dollar in September, hitting an all-time low in the currency markets. The US dollar has appreciated against all currencies, not just the Philippine peso, but it is still painful. The Philippines is now tapping into its gross international reserves to pay for imports that were already expensive before the fall of the peso.

The US dollar is expected to strengthen further as the US Federal Reserve signals further interest rate hikes as part of its own fight against domestic inflation. This will lead to greater demand for the greenback, leading to a weakening of the Philippine peso.

It’s a vicious circle. More US dollars spent on imports will further weaken the Philippine peso, which in turn would result in more pesos being exchanged for US dollars to pay for imports, thereby strengthening the greenback.


Fortunately, the reopening of the Philippine economy has resulted in the lowest unemployment rate since 2019. This means that more Filipinos actually have income to help them cope with high inflation.

However, underemployment continues to rise because more and more employees feel that their wages are insufficient.


Reducing unemployment is a fundamental step in the fight against poverty. The incidence of poverty among the population in 2021, or the proportion of poor Filipinos whose per capita income is insufficient to meet their basic food and nonfood needs, was estimated at 18.1 percent, higher than 16, 7% of 2018.

This translates to 19.99 million poor Filipinos. The reopened economy is generating new jobs for more Filipinos, giving them a chance to climb out of the poverty hole.

The goal of the Marcos administration is to reduce the poverty rate to 9% by the end of the president’s term in 2028. It will have to improve the quality of jobs to achieve this. This means that the unemployment rate and the underemployment rate must fall together.

Part of the government’s program to achieve this includes strong support for the agricultural sector. The idea is to create more and better jobs in the countryside, while producing more food to bring down inflation. Retraining and upskilling the workforce so they can find better paying jobs in sectors such as IT and BPO are also part of the plan.


To create jobs in agriculture, IT-BPO and other industries, the Philippines is going to need a lot of investment. The good news is that net foreign direct investment inflows hit a record high of $10.5 billion in 2021, surpassing the previous high of $10.3 billion in 2017.

In the first half of 2022, there was a 3.1% increase in net FDI inflows to $4.64 billion from $4.50 billion in the same period last year. Hopefully more investment will flow in after Marcos’ visits to Indonesia and Singapore.


Other sweeteners include promises to spend more on improving infrastructure, both physical and digital. Finance Secretary Benjamin Diokno said they would welcome help from the private sector in these efforts through public-private partnerships.


The Philippines is also facing a record budget deficit. From a budget deficit equivalent to 3.4% of GDP in 2019, it widened to 7.6% in 2020 and to a record 8.6% in 2021, as the government continues to spend more while revenues taxes have suffered from the pandemic. Note that the budget deficit was less than 3% per year from 2011 to 2017.

The Marcos administration’s goal is to reduce the deficit-to-GDP ratio to the pre-pandemic level of 3% by 2028. For that to happen, more economic activity will be needed to generate tax revenue.


The Philippine economy has some momentum with the influx of foreign direct investment, which improves the prospects for even faster economic growth and better employment indicators. However, problems are also arising, with the weak Philippine peso and high inflation threatening Filipino families across the archipelago.

The Marcos administration can make a difference if it can deliver on its promise to boost both food security and jobs through a stronger agricultural sector. But it will have to find a way to do so while dealing with soaring input costs and a record budget deficit as well as large debts.