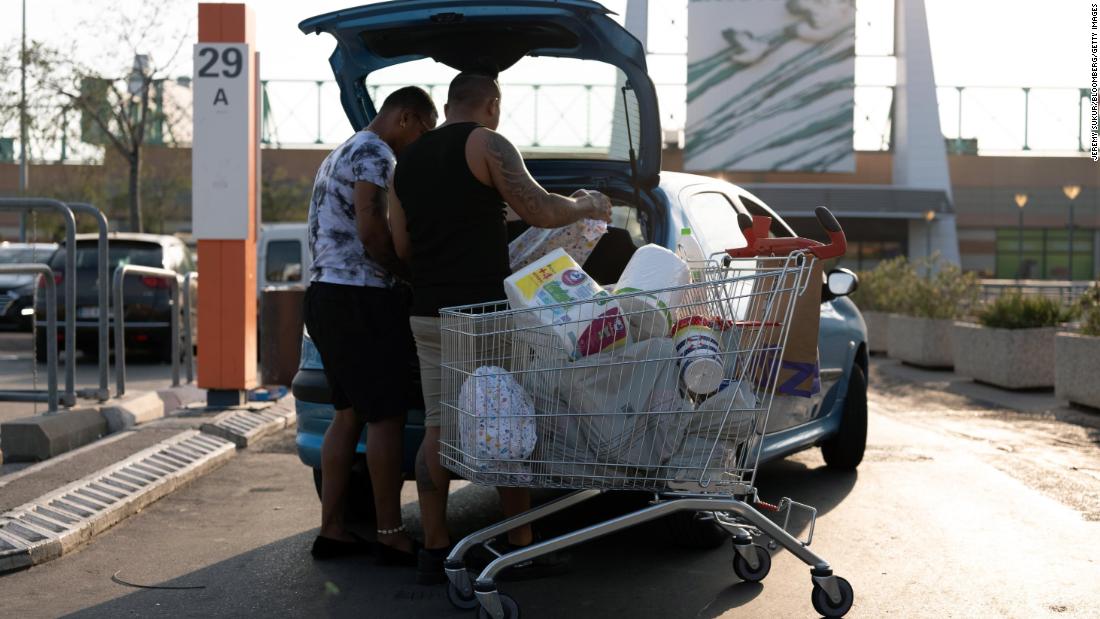 ‘On the brink of a global recession’: IMF downgrades global economic forecast

In a report on Tuesday, the International Monetary Fund again lowered its global economic forecast as it predicted major slowdowns in the three largest economies: the United States, China and Europe.

Next year is thought to be even worse: just 2.9%, barely above the 2.5% growth level that the IMF generally considers a global recession.

But this forecast assumes that everything remains as is. Other dangers arise, notably Russia which could potentially cut off the flow of gas to Europe. That would lead to even higher inflation and global growth this year at around 2.6%, a hair’s breadth from the hot zone, according to the IMF.

This scenario, the IMF has warned, could trigger an official recession next year, causing global growth to fall further to just 2%. This level of anemic growth has happened only five times since 1970, according to the IMF.

The IMF had already revised down its global forecast in April, comparing the fallout from the Russian invasion of Ukraine to that of an “earthquake”. At that time, he predicted growth of around 3.6% in 2022 and 2023.

Now, “the outlook has darkened considerably,” Pierre-Olivier Gourinchas, director of research at the IMF, wrote in a blog post on Tuesday. “The world could soon teeter on the brink of a global recession, just two years after the last one.”

The world’s top three economies are all facing stalled activity.

In the United States, consumers found themselves with less purchasing power as prices rose, leading to weaker-than-expected consumer spending, the IMF noted.
In China, Covid-19 shutdowns continued to hamper the economy, triggering a slowdown that “has been worse than expected”, the group added. The IMF has lowered its expectation for China’s GDP growth this year from 4.4% to 3.3%.
This is well below the government’s official target of around 5.5%, and would represent “the slowest [rate] in more than four decades, excluding the pandemic,” according to Gourinchas.

In Europe, the cost of Russia’s invasion of Ukraine has been higher than expected, with soaring energy prices, “weaker consumer confidence and slower manufacturing activity resulting from ongoing supply chain disruptions,” the IMF said.

Companies are already beginning to prepare for the worst. Tuesday, GM (GM) said it was bracing for an economic downturn, cutting spending and new staffing.

– Julia Horowitz of CNN Business contributed to this report