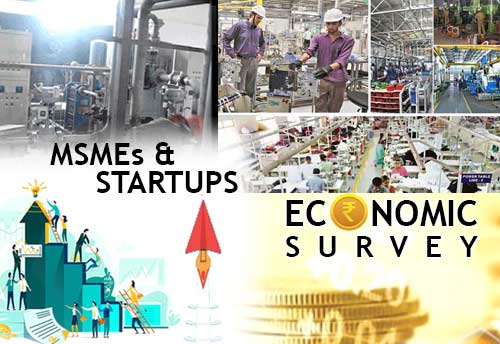 MSMEs and start-ups are watching the space sector

Economic Survey 2022: MSMEs and start-ups are watching the space sector

New Delhi, Jan 31 (KNN) According to the 2022-23 economic study, in just one year, the IN-SPACe board received nearly 40 proposals from major industries, MSMEs, start-ups and universities covering a wide range of space activities – covering both upstream such as launcher/satellite manufacturing and downstream such as Earth observation applications, communications, etc.

Focusing on the global change in space activities, the government has undertaken reforms in the space sector in 2020, which envision the private sector to act as a co-traveller in the exploration of outer space and also in the provision of space services, according to the survey.

He highlighted reforms initiated by the government, such as empowering New Space India Limited (NSIL) – the public sector enterprise (PSU) in this sector – to “own” operational launchers and space assets. of ISRO.

Additionally, the current supply-based model has been replaced with a demand-based model, in which NSIL will act as an aggregator of user requirements and obtain commitments. The first result in this regard has recently emerged with the signing by Tata Sky of a memorandum of understanding with NSIL for the use of capacity on board the upcoming GSAT-24 communications satellite, which will be built by ISRO and launched by Arianespace, the survey noted.

The second milestone was the establishment of an independent nodal agency under the Department of Space, the Indian National Space Promotion and Clearance Center (IN-SPACe), which will act as a promoter and regulator. space activities in India by NGPEs (Non-government/private entities). This organization was tasked with prioritizing the launch manifest in accordance with NSIL, ISRO and NGPE requirements. It should also allow the private sector to use the capital-intensive facilities owned by DOS at a reasonable cost.

The third essential step was to provide a predictable, forward-looking, well-defined and enabling regulatory regime for space activities in the country. The first updates were the SpaceCom and SpaceRS policies, further liberalizing the traditional satellite communication and remote sensing sectors, respectively, thus allowing entrepreneurs/industries to undertake end-to-end activities in these areas.

Five private satellites were tested at ISRO facilities, four student satellites were launched aboard the PSLV C-51. The national space object registration mechanism has been established, with five satellites registered.

A total of six MoUs have been signed with private/academic entities for sharing technical expertise and facilities.