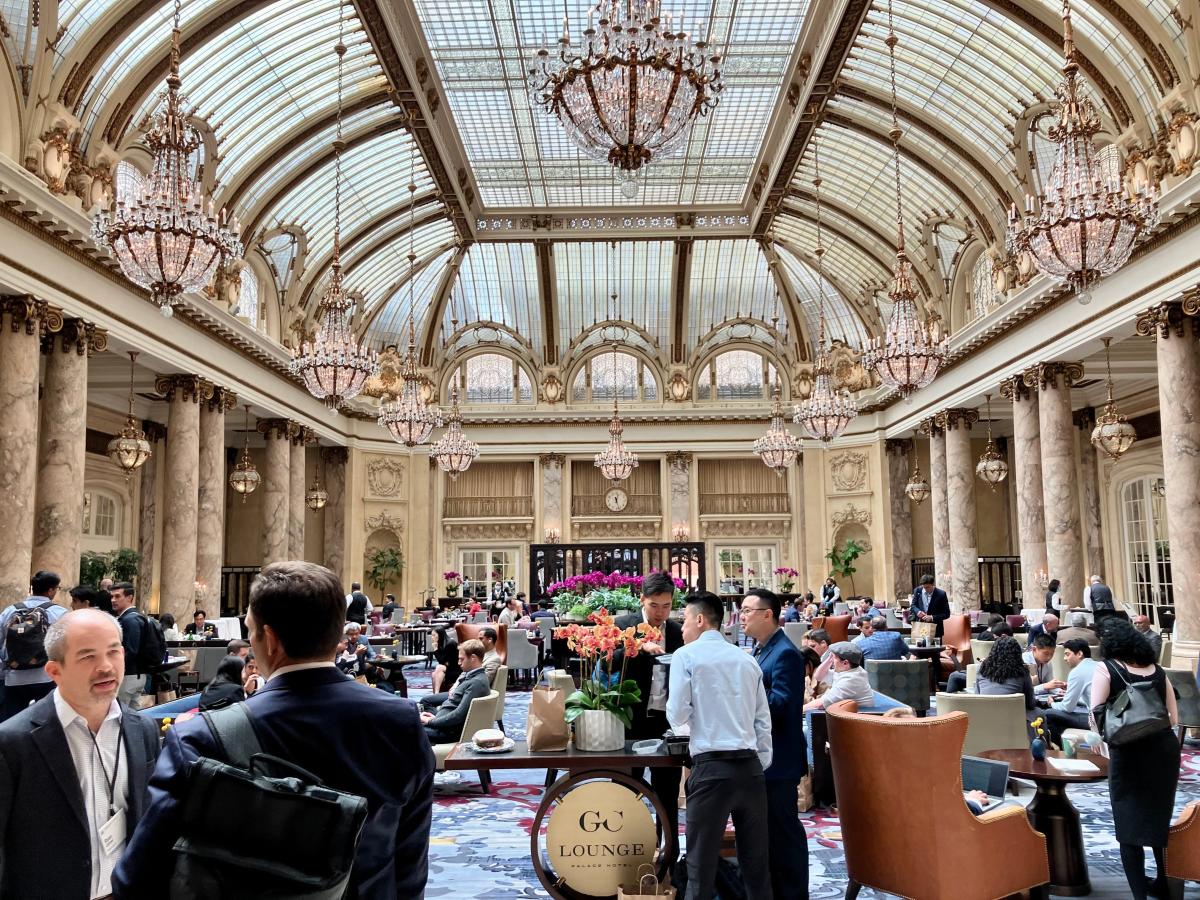 At the end of the first day of the Goldman Sachs Communacopia + Technology conference, I met one of my oldest and best sources at the bar of the Palace Hotel in San Francisco.

The stock market is down and tech stocks have been taken down, especially the long-term growth companies he likes to back. The IPO market is dormant and unlikely to recover until 2023, while tech mergers and acquisitions will be tough, the investor added. Early Monday, news broke that Goldman was cutting hundreds of jobs, adding a bit of additional gloom.

And yet, the conference was jam-packed with attendees, and a Goldman banker noted that it was the liveliest version of the event. While many tech executives shared a gloomy outlook, no one was panicking and some were cautiously optimistic for 2023.

These companies, especially chipmakers and their customers, are one of the best economic indicators to watch. Chips are everywhere now, so when demand drops, these companies are among the first to feel it.

Here’s the message they shared this week: Welcome to the weirdest economic downturn in recent memory. Interest rates are rising and inflation remains stubbornly high, so people expect more pain. But the tech industry is moving forward, with enduring pockets of strength.

“Everyone is waiting for the wheels to come off but they’re still spinning,” the investor said, citing Tesla and Amazon as examples. This person asked not to be identified in order to be able to speak freely.

A “rather brutal deceleration in demand”

Chuck Whitten, co-COO of Dell, one of the largest PC and server makers, shared a similar puzzling mix of caution and quiet confidence during a presentation at the Monday afternoon conference.

Dell’s CSG business, which sells laptops and other computing equipment to consumers and businesses, saw a “rather sharp deceleration in demand” in the second fiscal quarter, Whitten said. Commercial customers are more cautious about hiring and therefore need fewer new computers. On the consumer side, Dell expects the quarter to be tough, but the deceleration was faster than expected, he added.

Large companies slowed more than small and medium-sized companies, which is the opposite of what usually happens during an economic downturn.

“What do we think? We’re not entirely sure,” Whitten said while noting that applying strategies from previous recessions might not work because the current economic situation is so different.

Dell’s ISG division, which sells servers and data storage to large cloud computing companies and other enterprise customers, is performing relatively better than the CSG unit. Dell is very pleased with the backlog of its server orders and has seen no increase in order cancellations. The world isn’t meeting cloud customer demand right now, Whitten said.

Earlier today, Marvell executives were equally confident about demand for their chips from cloud companies.

“The NAND industry is shrinking at a rate we haven’t seen in a very long time,” said Western Digital CEO David Goeckeler. Prices are deteriorating and the company will likely delay the start of its next plant, executives added.

An employee of rival SK Hynix, who asked not to be named because he was not authorized to speak to the press, said he was not surprised by the stark comments from Western Digital executives . The NAND market is worse than the DRAM market right now, he explained. In the DRAM industry, there are now only three main players, so there is more bargaining power and lower cycle profit margins are higher than in NAND, where there are five players and more competition, he added.

“We kind of expect this weakness to spread over the next 2 quarters,” he added. “In 2023, at some point, we’re back to normal, but we see weakness with everything consumer-related.”