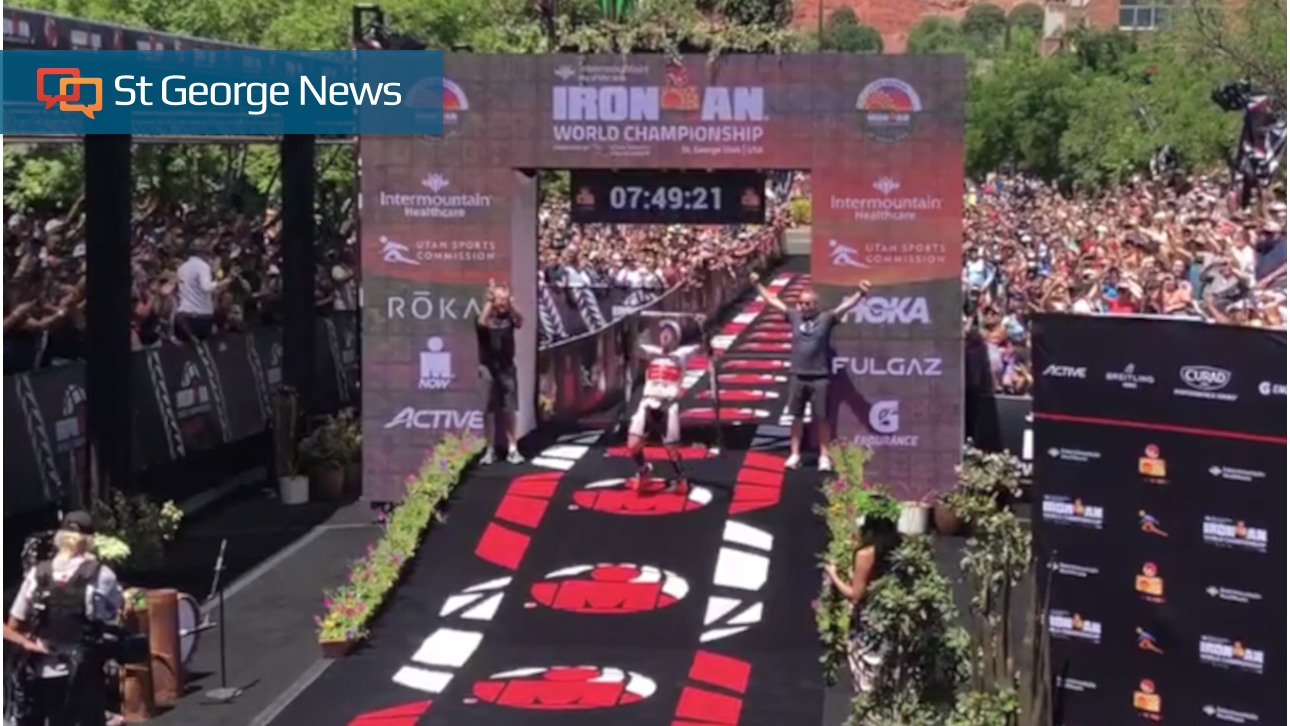 Kristian Blummenfelt of Norway breaks the tape at the finish of the Ironman World Championship triathlon in St. George, Utah on May 7, 2022 | Photo by Jeff Richards, St. George News

ST. GEORGE- Kristian Blummenfelt of Norway and Daniela Ryf of Switzerland won the 2021 Ironman World Championship nearly two weeks ago, but the economic impact of the event will have lasting benefits.

“Tourism and iconic events like Ironman drive the economic engine of our community,” Kevin Lewis, director of the Greater Zion Convention & Tourism Office, said in the press release.

He went on to say that the money generated from taxes paid by visitors to the region represents outside money that is injected directly into local businesses.

Beyond finances, the event likely had a significant positive impact by bringing attention to the Greater Zion region, creating jobs and reducing overall taxes for the community.

“With millions of people watching around the world and taking in the incredible scenery, it really helps raise the profile of our community globally,” Lewis said. “Equally important, it helps generate excitement and foster a sense of community, create jobs and reduce taxes for our residents.”

The May 7 event and its accompanying activities marked the first time the Ironman World Championship triathlon was contested outside of Hawaii.

More than 2,800 triathletes competed, with participants from all 50 states and oer 80 countries. Nearly 12,000 guests and spectators accompanied the athletes.

The race generated more than 83,000 total room nights at Washington County hotels and rentals. Many athletes visited the region in advance for training, increasing the total number of overnight stays.

During the event, most competitors stayed in Greater Zion for over six nights to facilitate the full schedule of events and exploration of the area.

Overnight guests in Washington County each pay a 4.25% Transient Tourist Tax, which goes to the county for tourism development and infrastructure.

Over the past decade, $25 million from these tax funds has been invested in projects throughout the county to benefit local residents and visitors.

Eric George Goold came to St. George News from southwestern Colorado, where he was a radio reporter. He was a journalist for over 20 years in five different states. He earned a master’s degree in English from Kansas State University and also writes non-fiction. Goold was published in Sunstone Magazine and did several public readings on local history. When he has free time, he likes chess, movies and dogs.