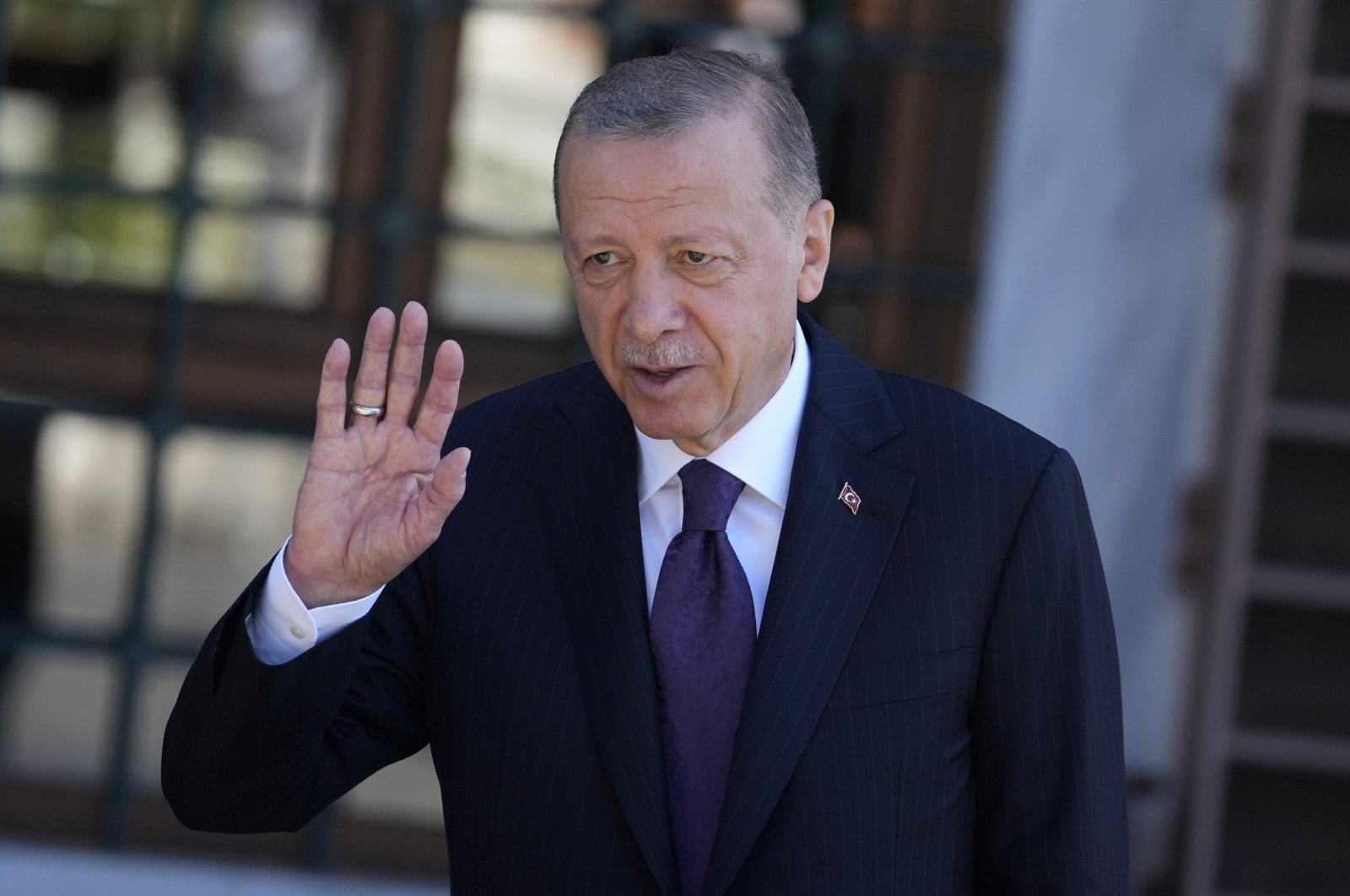 Inflation is not an ‘insurmountable economic threat’: Erdoğan

Inflation is not an “insurmountable economic threat”, President Recep Tayyip Erdoğan said on Monday, adding that it would start to decline at the end of the year after hitting more than 80% in August.

Turkey’s annual inflation topped 80% in August, a 24-year high. But the increase was weaker than previous months, signaling that price pressure may be easing.

Turkey relies almost entirely on imports to meet its energy needs, making it vulnerable to rising costs that soared after Russia invaded Ukraine, and domestic demand has increased since the pandemic.

“Inflation is not an insurmountable economic threat,” Erdoğan said in an interview with PBS TV, saying it would come down after the end of the year.

“For us, inflation is a problem right now, but after the start of the year, we will overcome this problem and continue on our way with determination,” he noted.

This view is shared by economists, who say inflation could be approaching a peak and the annual figure will decline from December given the sharp rise in prices in the same period last year.

The government has said inflation will decline with its economic program prioritizing exports, production and investment, aimed at reducing the rise in consumer prices by turning Turkey’s chronic current account deficits into a surplus. .

Erdoğan said earlier that he expects inflation to come down to “appropriate” levels by February-March next year and asked the public to be patient.

Finance Minister Nureddin Nebati also said the inflation rate will enter a strong downward trend from December due to so-called favorable base effects and the decline will continue throughout 2023.

The Central Bank of the Republic of Turkey (CBRT) last month raised its end-of-year inflation forecast to 60.4% and saw it peak at nearly 90% in the fall.

The bank surprised markets last month by cutting its benchmark key rate by 100 basis points to 13% from 14%, the level it has been at for the past seven months.

He cited indications of an economic slowdown in the third quarter and said the cut was aimed at boosting growth and maintaining employment amid growing geopolitical risk. He added that the rise in lending rates has diminished the effectiveness of monetary policy.

Driven by strong domestic demand and exports, Turkey’s economy has outperformed most of its peers so far this year, growing 7.6% year-on-year in the second quarter, according to official data.

Still, economic activity is expected to slow in the second half of the year due to a downward trend in domestic and foreign demand, driven by an expected slowdown in Turkey’s main trading partners, including the risk of recession in Europe.

“Currently, Turkey’s growth rate is 7.6%. We are currently second in the world in growth. And that shows something,” Erdoğan said.

Keep up to date with what is happening in Turkey, in its region and in the world.