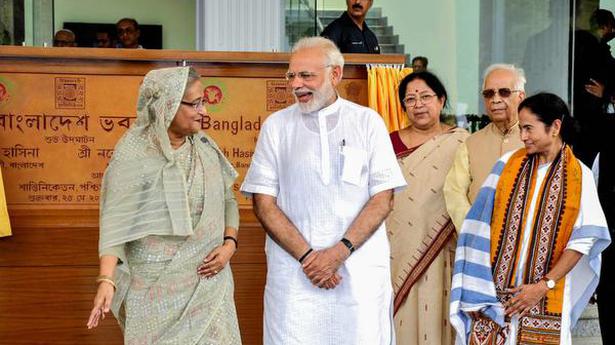 India and Bangladesh to deepen trade and economic relations as partners: Piyush Goyal

We are â€œneck and neckâ€ with the country’s leaders and people on their development journey, he said.

The India-Bangladesh CEO Forum will meet soon for the first time, even as the two countries strive to finalize a Comprehensive Economic Partnership Agreement (CEPA) to deepen trade and economic ties as partners rather than competitors, Trade and Industry Minister Piyush Goyal said. Sunday.

Congratulating Bangladeshi Prime Minister Sheikh Hasina on the country’s transition from a less developed country to developing country status, Goyal said India stood “shoulder to shoulder” with the country’s leadership and people in their development path.

Noting that India-Bangladesh supply chains have operated uninterrupted during the pandemic, Goyal said improving connectivity is “imperative” to expand and realize the potential of bilateral trade and investment. The leaders of the two countries have brought Delhi and Dhaka together and together can bring economic prosperity to South Asia, he said.

â€œSince 2014, we have intensified our commercial and economic engagement as partners and not as competitors. Bangladesh is India’s largest trading partner in South Asia with a volume of over $ 10 billion. We are looking to advance a CEPA with Bangladesh, â€he said. India, he said, sent more than one crore of COVID-19 vaccines to the country and extended concessional lines of credit of around $ 8 billion, the highest of any country.

â€œWe are looking forward to holding the first meeting of the CEOs Forum of India and Bangladesh to promote mutual investments. A bilateral textile industry forum has also been formed to facilitate cooperation in the textile sector, â€Goyal said, noting that more than 350 Indian companies are now registered in Bangladesh.

The minister identified five areas of intervention that could strengthen bilateral economic ties – technology, connectivity, entrepreneurship, health and tourism – and said that “a true partnership is to encourage and help each other in their responsibilities and their aspirations “.

â€œSharing a common story gives us the opportunity to create a new story together. Let us work in a spirit of friendship and brotherhood to write a new chapter in economic prosperity in South Asia, â€he concluded.

The two countries will celebrate December 6 as Maitri Divas, to mark the 50 years of Bangladesh’s independence and its bilateral relations with India, which was the first country to recognize its independence, as well as the year birth of its founding president Bangabandhu Sheikh Mujibur Rahman.