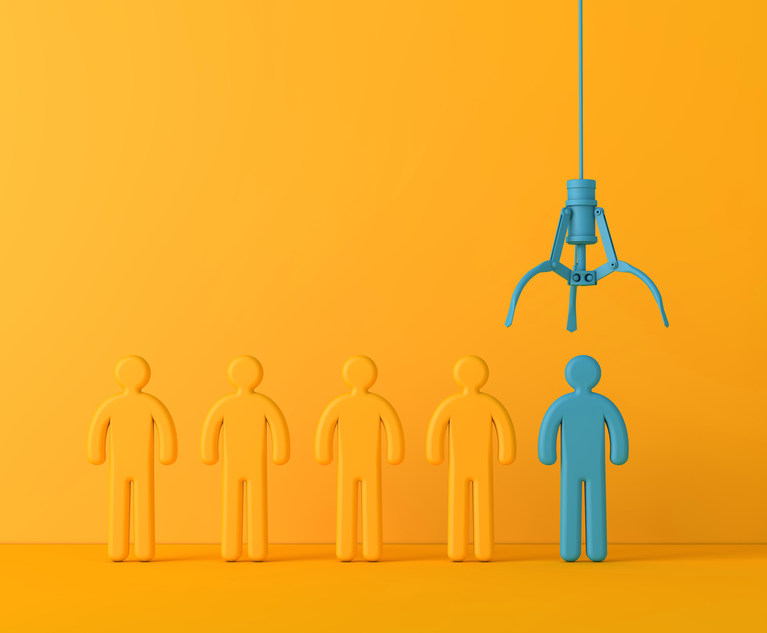 Hiring market set to slow in response to ‘economic headwinds’

UK lateral hiring set to slow in second half despite busy first half, research from legal recruitment consultancy Edwards Gibson.

The analysis revealed that there were a total of 264 partner moves announced in the first six months of the year, with 91 partner moves between May and June alone. This is an increase of 14% for the same period in 2021 and 18% compared to the five-year cumulative average.

He said: “Initially there was a major increase in productivity from lawyers working harder and longer from home, as well as cost savings from rent reductions and reduced travel. Businesses took advantage and the huge amounts of government money pumped into the system created a transaction boom; unsurprisingly, this allowed for rapid growth.

British firm Eversheds Sutherland, which is in the Top 50, hired the most partners in the first half of 2022, adding 10 partners (including seven laterals) between January and June, according to the data.

The firm was closely followed by Addleshaw Goddard, Mischon de Reya and Pallas Partners, all of whom hired seven partners each.

Conversely, Norton Rose Fulbright has had the most departures, losing nine partners since the start of the year. The company also suffered several departures in Australia. Despite the busy hiring season in the first six months of the year, Gibson suggested there would be a significant slowdown in partner hiring at law firms in the second half of the year. year. He said this was due to the “wider economic slowdown” due to the effects of the war in Ukraine and the cost of living crisis. “Business activity is clearly reduced,” he said. “Unsurprisingly, mergers and acquisitions are down from last year’s record, but there are no floats and a sharp rise in global inflation (and therefore interest rates) has, we are told, has already had an impact on some private equity issues”. This slowdown in the hiring market has not gone unnoticed by companies either. A partner at a leading UK law firm said: “For the record, there are not as many companies looking [to hire]. We’ve had a successful recruitment period, and we’re still getting a few CVs but there aren’t as many vacancies anymore”.

A London partner from another firm added: “For the moment, we continue to hire but it will certainly slow down. Business activity is starting to stabilize, not falling sharply, but there are definitely parts of the city that look decidedly calm, so I think we’ll see a more measured approach.

“When recessions happen, the market is surprisingly predictable, so we should see an increase in the hiring of litigation and restructuring partners. I think it will take 6-12 months to really calm down. But yeah, the really ambitious hiring spree is going to slow down.” However, another senior partner was slightly more skeptical of the bleak future: “I wouldn’t be surprised if there was a slight downturn in anticipation of the recession, but I don’t think that’s happening just yet. “.

“There has been a decline in corporate and banking activity, which has led to a slowdown in the rate of hiring in these sectors, but conversely we have seen a massive increase in internal hiring as well as restructurings and even real estate,” Franklin said.

O’Connell echoed this, pointing out that there was still a lot of demand in certain areas:Many organizations are looking for restructuring lawyers and there aren’t even enough applicants. The market will remain busy, that has not changed. It’s just what people are moving towards that’s different.”