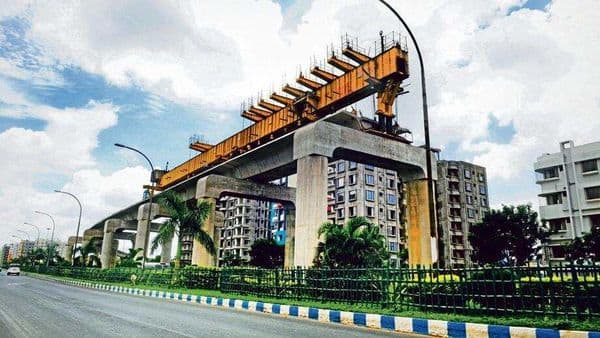 Health, infrastructure and fiscal stimulus will act as our economic panacea

The health crisis has offered individuals and businesses the opportunity to pause, reflect and realign their lifestyles, priorities and perspectives. Rapidly changing consumer behavior, business imperatives – both short and long term – and a renewed zeal to shake off the ghosts of the past have only accelerated the transformation.

The indicators of my optimism are already evident. Over 800 million doses of covid vaccine have been administered. Active cases are decreasing. There are fewer deaths. Restrictions are lifted across the country. The country’s workforce is returning to work. A good monsoon in the middle of the Kharif sowing season also brought some joy to rural India. And pent-up consumer demand is slowly but surely unleashing.

Agriculture, forestry and fishing are already on the path to positive growth. India has produced a bumper crop over the past Kharif and Rabi seasons, despite the pandemic blues. Financial and professional services have been less affected and are on the way to recovery. The information technology industry has crossed many highs, showing tremendous growth thanks to work-from-home routines. Construction is showing signs of a rebound. Electricity, gas, water and utility services and public administration, defense and other services return to normal sooner than other sectors.

The global economy is experiencing its strongest growth in 80 years. Despite short-term concerns about the Delta variant, global growth is expected to remain well above trend over the next two years, aided by increased vaccinations. This bodes very well for India’s external sector, given the high elasticity we have between global growth and exports. Not surprisingly, manufacturing exports are already 20% above pre-pandemic levels.

In any recessionary situation – as the country rushed into last year – the money must flow directly into the system, primarily to stimulate immediate consumption. Accelerating economic activities by investing public capital increases the purchasing power of people. This money is then spent on consumption, which stimulates demand and improves production, which creates even more purchasing power in the economy. This cycle spirals upward and pulls the economy out of recession. This is how the investment multiplier works in any economy. The signs of this in India have been encouraging. To revive activities in specific sectors with multiplier effects on growth, the Reserve Bank of India (RBI) introduced Targeted Long Term Repo Transactions (TLTROs) on the fly with terms of up to three years for a total amount of up to ??1000 billion at variable rate linked to its key rate. Liquidity made available under TLTROs can also be used to provide bank loans to growth sectors. This was done to ensure the smooth running of bank credit operations. Following comments from market participants, the central bank also decided to increase its special open market operations to ??20,000 crores.

In addition, as late as the end of June this year, India’s Ministry of Finance further announced an economic package of ??628,993 crore covering three main areas: pandemic relief, strengthening public health, growth and jobs. While eight of the 17 announced programs aim to bring economic relief to people and businesses affected by covid, the ministry is also focusing on health, travel and tourism.

The increased supply of credit facilitated an endemic economic recovery. The idea is simple but effective. The availability of low-cost loanable funds increases the use of credit for use in new economic activities, resulting in increased recovery and growth.

In addition, the government’s One Nation, One Ration Card initiative can go a long way in reviving declining consumer demand and ensuring food security for the majority of the population. After the migrant worker crisis during the 2020 lockdown, attention shifted to reverse migration. The Mahatma Gandhi National Rural Employment Guarantee Act (MGNREGA) has already been used by nearly 100 million people, its highest use since its launch in 2006. The extension of MGNREGA to urban areas is also needed to help stabilize the economy.

Infrastructure is crucial for an economic recovery. Efforts to attract manufacturers to India from China need to be bolstered by concomitant improvements in domestic infrastructure. Not only will this have a positive influence on future exports, but it will also create immediate jobs and purchasing power, injecting demand into the system. The recent launch of a ??A 100,000 billion integrated infrastructure program is expected to help make India’s economy more competitive. This initiative by Gati Shakti aims to break the silos between road, rail, air and waterways to reduce travel time, which is expected to improve industrial productivity, increase global competitiveness and generate jobs. It is a way to reduce the logistics costs of companies, which currently represent around 13% of their expenses. Strengthening and increasing health infrastructure, urban planning, roads, rural infrastructure and digital infrastructure will be the main drivers of long-term economic growth.

This will require sustained public investment, which will ultimately stimulate exports. The government is clearly committed to such a strategy, with strong growth in central investment spending. The Center and the States have budgeted for a 30% growth in capital spending for 2021-2022, and being successful will play an important role in an economic recovery.

Spending on physical and social infrastructure can simultaneously create jobs, attract private investment and improve the competitiveness of the economy. In the short term, increasing the rate of vaccination is the most effective stimulus. But boosting growth and jobs in a post-pandemic world is just as crucial. Reforming the financial system with strong resolution mechanisms under the Insolvency and Bankruptcy Code to enable the creative destruction of bleeding businesses is a viable way forward.

Last but not least, cultivating an open business environment conducive to export-oriented growth and job creation can provide lasting support to the Indian economy.

* Thank you for subscribing to our newsletter.