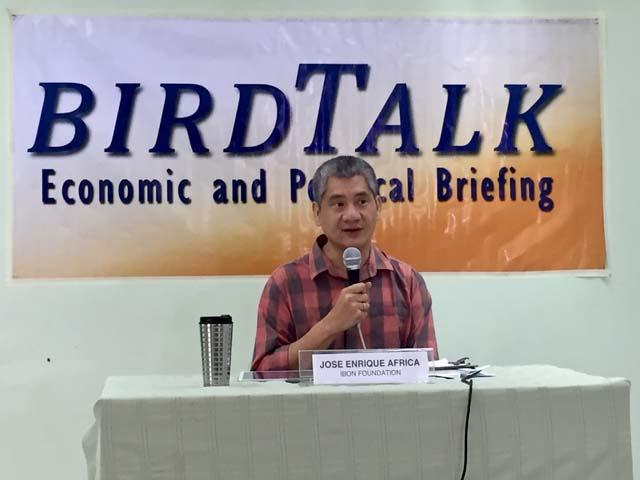 He said the latest growth estimates are “super optimistic” and ignore the realities around the number of micro, small and medium enterprises (MSMEs) that have closed their doors, the number of Filipinos who have lost their savings, among others.

The Inter-Agency Development Budget Coordination Committee (DBCC) on Tuesday retained its economic growth targets for this year with a GDP of 6.0% to 7.0%, but noted that a review will be carried out after the publication of the second quarter figures.

“It comes out of nowhere and it is part of the untruth of the administration. Maybe before you were projecting growth goals because it’s science based, now it’s propaganda based. The government does not want to admit that it is doing such a bad job, ”Africa said.

A number of economists and global credit watchers have already lowered their outlook for economic growth for the Philippines this year, and most are below the government’s target range.

Moody’s Investors Service expects economic growth of 5.8% this year, Fitch Ratings 5.0%, and First Metro Investment Corp. (FMIC) and the University of Asia and the Pacific (UA&P) at 5.0% to 6.0%.

“Instead of improving what they are doing, para shina-shina and aw tayo with all these fantastic targets that are not going to happen,” Africa said.

“I think this is the starting point for fixing the problem. You have to recognize so that a correct solution can be worked out afterwards, ”he said in a mixture of English and Filipino.