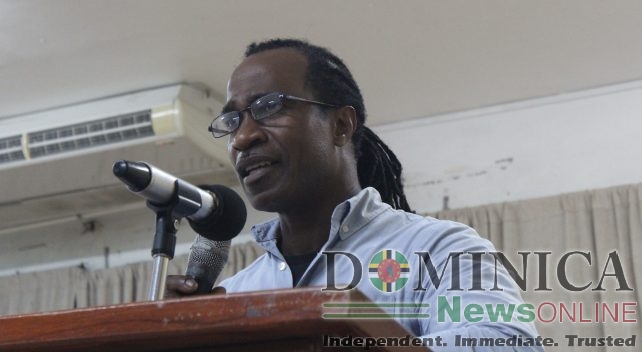 We are on the right track in our discussion of the types of sustainable development policies and strategies that the Dominica Freedom Party (DFP) will pursue if we get the green light to rule this country again. In the last article, we started to discuss policies and strategies related to the economic dimension of sustainable development and we started by examining our aspirations for the nation and the major economic strategies. In this article, we begin to explore the necessary conditions towards which a DFP government will work to put the country on the path to prosperity and shared growth.

It must first be recognized that for much of the past 25 years Dominica’s economy has lacked balance and stability, characterized by high unemployment and unsustainable budget deficits (government spending consistently and widely exceeding revenues) which led to growing and high public debt. In addition, the operations of our financial sector (particularly the banking sector) have been volatile, especially over the past decade. Although natural disasters and other external shocks have undoubtedly hit the country, the economy’s lack of resilience has compounded the imbalances.

Dominica has been kept afloat by a number of factors which in themselves reveal how weak the economy has become – remittances from abroad have supported the economy; the illicit drug trade (including the transshipment of drugs through Dominica) supplemented the country’s income; and the sale of passports has been a lifeline given the decline in agriculture, the failure of the tourism industry to flourish and the lack of investor interest. But even with the large flow of resources from the sale of passports, the corrupt and inept government has not been able to use these funds to create the basic conditions for rapid economic growth.

Given Dominica’s low income and savings, the country must attract genuine investors to our shores if we are to turn the tide and grow the economy quickly. But while a few crooks may express interest in the dealings of a Red government like the one in place now, their dealings as a whole serve the self-interest of the ruling regime while the government gives the crumbs to the rest of the nation. .

To attract genuine investors to our shores, it will be important to create a stable macroeconomic environment. Genuine investors are generally not attracted to weak economies which are plagued by high unemployment and a corrupt and inept government which does not inspire investor confidence that the country is on the right track.

With regard to macroeconomic stability, the critical elements over which our country should have control relate to: maintaining sound budgetary operations; the stable and healthy functioning of the financial sector; and resilience to economic and environmental vulnerabilities. All of these areas have been mismanaged over the past 20 years and the DFP will seek to remedy this situation. To help create a stable environment, a government must secure the necessary funding to facilitate the functioning of a thriving and dynamic economy which will be necessary to significantly reduce unemployment and raise living standards. A number of tax strategies will be pursued by a DFP government to create the fiscal space needed to steer the country towards prosperity. These could include measures to improve the performance and efficiency of the tax system; measures to reduce waste and diversion of resources; better planning and budgeting, including the use of a performance monitoring system to improve results; and better prioritization of spending. It is important to note that the corruption, which rubs the land of resources, will never be tolerated by a Freedom Party government led by people of integrity.

Increasing the efficiency and efficiency of the tax system would provide the government with more resources to pursue strategies that can attract genuine investors – better infrastructure (including roads and airports); train more young people in appropriate fields; develop a better health care system; and ensuring adequate provision of government services, among other areas. Measures to increase the efficiency of the tax system would include eliminating the granting of corrupt, politically motivated and in many unstructured discretionary tax concessions that occurs under the current administration. In addition, a DFP government will review the tax system with adequate frequency to ensure that the system maintains buoyancy and remains fair; and these attributes will be weighed against the most efficient tax structure to support the growth of the economy within the context of the prevailing local and international environment.

Let’s continue this discussion of macroeconomic stability in the next article where we outline some of the fiscal strategies mentioned above. We will also discuss in more detail some of the desired circumstances to improve the stability of the financial system and fiscal measures to improve the country’s resilience to natural disasters and external shocks.