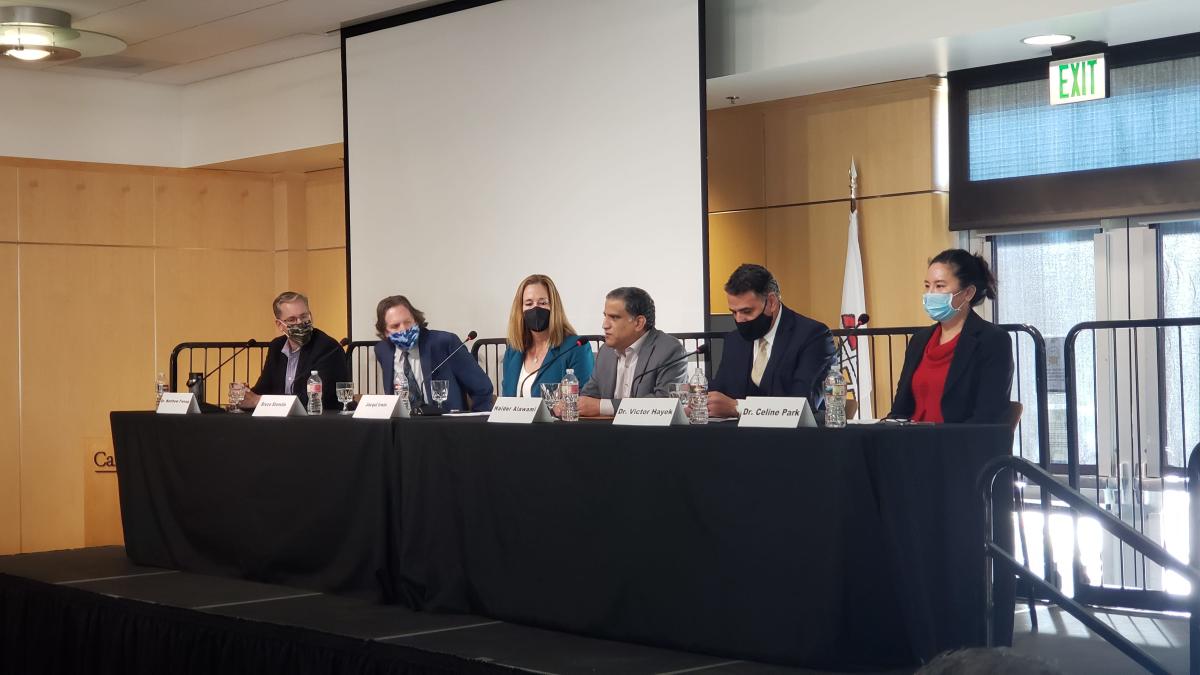 Housing, labor migration and internet access are among the top factors impacting Ventura County’s economic future, according to a panel of local experts.

The panel convened at the 30th Economic Outlook Forecast, an annual event that focuses on the direction of the county’s economy and the influences that move it.

After opening remarks from CLU President Lori Varlotta and Thousand Oaks Mayor Bob Engler, the microphone was passed to Matthew Fienup, executive director of the CLU Center for Economic Research and Forecasting.

“Unfortunately, the pandemic is further exacerbating many of these underlying weakness factors,” Fienup said.

This led to another factor impacting Ventura County’s economy: a shrinking workforce.

“Population decline has accelerated in Ventura County as a result of the pandemic, and much of it is the result of internal migration,” Fienup said.

Other trends affecting the county’s economic future were not unique to Ventura County. One example Fienup discussed was inflation, which hit a 40-year high last month at 7.5% and will continue to be a factor in the next decade, according to forecasts.

Bruce Stenslie, CEO of the Economic Development Collaborative, then spoke and spoke about other challenges, including the disproportionate distribution of federal aid to local businesses.

Although Stenslie noted that nearly 50% of businesses in Ventura County had received Paycheck Protection Program loans, the least likely to receive assistance were local small businesses.

“There has been a marked and disproportionately slower recovery for businesses with fewer than 20 employees,” Stenslie said.

Another challenge facing Ventura County’s economy is the “digital divide.” Stenslie’s research found that more than 12% of Ventura County households lacked an internet connection or computer, and 34% struggled with the costs associated with internet access.

“Why does this matter? Because we are moving inexorably towards digital access to healthcare,” Stenslie said, along with education, services of all kinds, and remote work.

Despite the many challenges facing the county, several solutions to address the impacts are underway.

Assemblywoman Jacqui Irwin, D-Westlake Village, spoke of a $5 million grant from the state last year to bridge the technical gap between salaried sectors.

The grant will fund a 3-year pilot program to teach hundreds of Ventura County residents digital literacy and technical skills to help close the income gap and provide access to higher income jobs.

“We’re hoping that this pilot project is actually put together in a way that can be replicated across the state to really address one of these fundamental issues that we’ve been looking at,” Irwin said.

Jeremy Childs is a breaking news and public safety reporter who covers the Ventura County Star’s night shift. He can be reached by calling 805-437-0208 or emailing [email protected] You can also find him on Twitter @Jeremy_Childs.