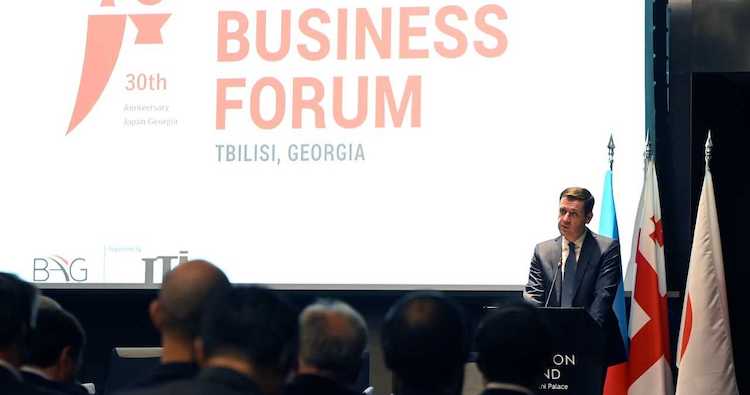 In his address to forum participants, Arveladze highlighted the prospects of the Middle Corridor – a developing land and sea freight route between Europe and China via Georgia – and the country’s role as a regional hub. .

Arveladze said attracting more Japanese companies to the country was in the “great interest” of the Georgian government.

Since 1997, Japan has invested $254.5 million in Georgia, including a record $42 million in the second quarter of 2022,” he noted, adding that trade turnover with Japan has increased. by 39% and reached 220 million dollars between January and September.

Arveladze added that once the investment liberalization, promotion and protection agreement between Georgia and Japan enters into force, it will facilitate better trade and economic relations between the countries.

We hope that the agreement will contribute to the circulation of private capital, stimulation of entrepreneurial initiatives, efficient development of economic resources and economic relations between Georgia and Japan,” the minister said at the event.

The Georgian-Japanese Business Forum brought together 30 Japanese companies in Tbilisi.

2022-11-01
Previous Post: Launch of the Hongqiao International Economic Forum in Shanghai
Next Post: The analysis details the economic and energy security benefits of the API policy plan