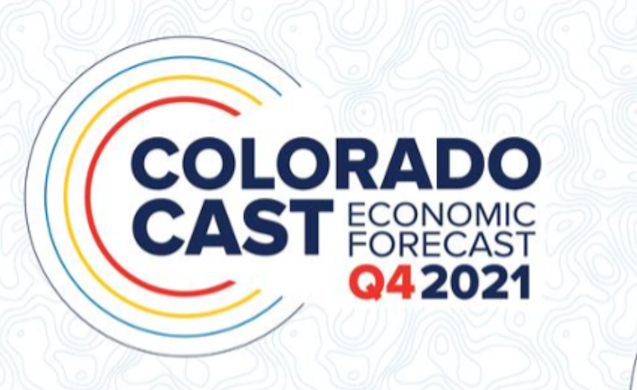 Economic activity in Colorado has rebounded to its pre-pandemic peak in September 2021 and the economy is expected to continue to expand, according to a new quarterly report released by the restored Colorado Futures Center of the Colorado State University System.

The new forecast, called ColoradoCast, is a short-term (six-month) economic forecast for the state. It is the only state forecast that assesses data for less than a year, filling a gap in Colorado’s published economic data sets.

By April 2022, Colorado’s economy is expected to grow at an annual rate of 6.45%, a slowdown from the more robust annualized growth rates at the end of 2021, but still a healthy growth rate relative to months immediately preceding the pandemic. .

While ColoradoCast projects have continued the state’s economic growth, unknowns such as the emerging new variant of Omicron pose real and significant risks to the forecast, said Phyllis Resnick, the report’s chief economist and executive director of the Colorado Futures Center.

“Compared to an unreleased third quarter 2021 version of the ColoradoCast, the current forecast shows a slight decline in both the size of the Colorado economy and the annualized growth rate,” Resnick said. “While the downturn in the forecast is mild, it suggests that the lingering pandemic, along with emerging supply chain and labor market tensions, present modest headwinds to economic recovery over time.”

Subsequent forecasts will be published quarterly in February, May, August and November.

The ColoradoCast is designed to predict a well-known contemporary measure of statewide economic activity, the Coincident Economic Activity Index for Colorado, developed by the Federal Reserve Bank of Philadelphia. The coincident index of economic activity comprises four indicators: non-agricultural payroll employment, the unemployment rate, the average number of hours worked in the manufacturing sector, and wages and salaries. The trend of the index is set to match the trend of gross state product.