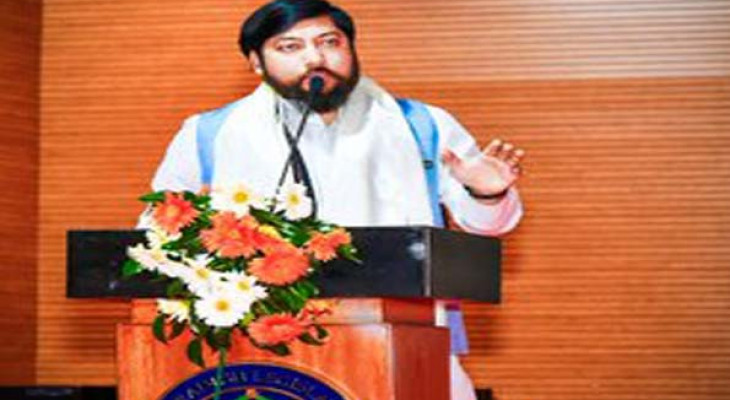 Itanagar, April 30 (UNI) Union Minister of State for Home Affairs Nisith Pramanik said on Saturday that the central government was making “continuous” efforts to improve the socio-economic condition of the tribal people of the North Eastern region, including Arunachal Pradesh, and further develop basic infrastructure in border areas. Pramanik said this while participating in a panel discussion on “Tribal Welfare and Frontier Area Development” at the Dorjee Khandu Auditorium of the Arunachal Pradesh State Legislative Assembly here. He said that under the ‘Vibrant Village programme’, efforts focus on how to ‘rehabilitate’ tribal people living in remote border areas, improve connectivity – be it digital connectivity , roads or electricity, in addition to improving the education and health sectors. “Given the pace of ongoing border development activities, we will see many transformations in the next two years,” the MoS for Home Affairs said while expressing hope that this will greatly help in controlling the migration of border areas to urban areas. centers. He also assured that the issues and concerns of the state will be taken care of at the central level and that the projects envisaged for the state will be implemented with all rigor. Participating in the discussion, Deputy Chief Minister of Arunachal Pradesh, Chowna Mein said that one third of the population of Arunachal lives in remote border areas covering half of the geographical area of ​​the state . He said the state government is committed to developing these border villages and creating livelihood opportunities so that citizens can earn income through local activities. Further mentioning that the welfare of the tribes and the development of the border areas of Arunachal Pradesh go hand in hand, he highlighted “our culture, our pride” and reiterated the dire need for research and documentation of the rich culture of State. He also highlighted the state’s achievements in preserving indigenous culture. The Speaker of the State Assembly, PD Sona, in his address, highlighted the connectivity issues in the border areas, improving the correlation between the forces and the local villagers and also called on the central government to examine the conditions and reality on the ground in border areas while framing policies at the national level. The Minister of the Interior and Border Management, Bamang Félix, spoke about the efforts made by the State in the development of border areas and the capacity building of border staff. He also spoke about the achievements in improving the police system. He stressed that more concerted efforts should be made to strengthen the state’s financial resources, with the support of the central government. Minister of Social Justice Empowerment and Tribal Affairs Alo Libang highlighted the state’s achievements in tribal welfare. He mentioned that the financial constraints of the state require due attention from the central government and more assistance can be provided for the holistic development of the state. Today’s panel discussion was part of the North East Festival, which is celebrated from April 28 to May 4 in all North East states as part of the “Azadi Ka Amrit Mahotsav” celebration. The Department of Development of the North East Region (DoNER) is the lead department for these celebrations which are held at regional and state level. UNI TD BM