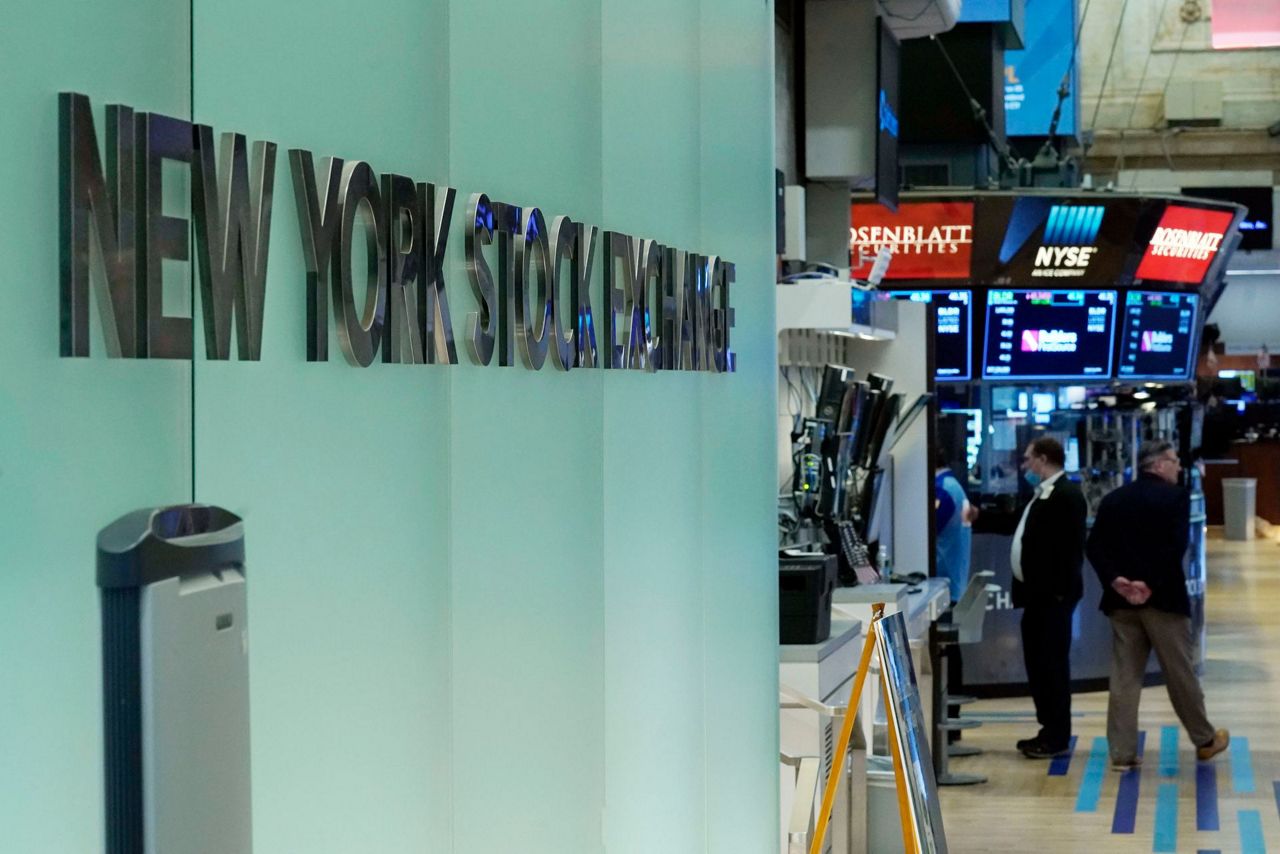 Stocks ended with a mixed record on Wall Street on Monday as losses at several large tech companies controlled gains elsewhere in the market. The S&P 500 fell 0.3%, while the tech-rich Nasdaq fell 0.5%. Microsoft fell 1.7% and Apple lost 1.1%. The Dow Jones Industrial Average edged up 0.2% and a measure of small business stocks jumped 1.5%. Yields on treasury bills continued to climb. The yield on the 10-year Treasury bill rose to 1.49%, its highest level since the end of June. This helped push up bank stocks for the most part. Energy companies were also up, as the price of US crude oil climbed 2%.

THIS IS A CURRENT UPDATE. AP’s previous story follows below.

Major Wall Street stock indexes were mixed on Monday afternoon, with losses at tech and healthcare companies outweighing gains elsewhere in the market.

The benchmark S&P 500 had more winners than losers. Banks made solid gains as bond yields continued to climb, allowing them to charge higher interest rates on loans. Bank of America gained 2.7%.

The benchmark US crude oil price rose 2% and supported gains in energy stocks. Exxon Mobil is up 3.3%.

The technology sector, which holds a disproportionate weight in the S&P 500, overall fell 0.9%. Microsoft fell 1.7%.

A measure of small company stocks outperformed the major indexes, a sign that investors were still confident about future economic growth. The Russell 2000 Index rose 1.8%.

Markets have had a turbulent month so far and the S&P 500 is set to lose 1.6% in September, which would mark the first monthly loss since January. Investors have tried to gauge how much room for growth the economy has amid waves of COVID-19 that are dragging down consumer spending and job growth, while inflation remains a concern.

The economic recovery started strong in 2021, but analysts and economists have tempered their forecasts for the rest of the year. In a survey released on Monday, the National Association for Business Economics found that its panel now expects full-year economic growth of 5.6%, down from a forecast for 6.7% growth in the NABE’s previous survey in May. However, economists raised their economic growth forecast for 2022 to 3.5% from a previous forecast of 2.8%.

Consumer spending has been the main driver of the economic recovery and it has been partly held back by the increase in COVID-19 cases due to the highly contagious delta variant. Investors will get a glimpse of how this could continue to play out on Tuesday when the Conference Board releases its Consumer Confidence Index for September.

Wall Street has faced an otherwise quiet period for corporate reporting as companies prepare to release their latest quarterly results in the coming weeks. The next round of corporate statements could give investors a better idea of â€‹â€‹the real impact of the supply chain and labor disruption on sales and profits.

Bond yields were generally higher. The 10-year Treasury yield rose to 1.48% from 1.46% on Friday night. It was at 1.31% a week ago, as market nervousness prompted investors to move money into bonds, reducing their yield, but rising since Tuesday.

Bank stocks reacted to the sudden surge in bond yields. The KBW Bank index rose more than 9% in four days.

The exception on Monday was Wells Fargo, which fell 0.7%. The bank has solved its latest legal headache by agreeing to pay $ 37 million for allegations of overbilling customers using its foreign exchange services.

The bank has been embroiled in numerous scandals over the past few years and still operates under an order from the Federal Reserve that prevents Wells from expanding. Senator Elizabeth Warren of Massachusetts published a letter this month calling for the dissolution of Wells Fargo, citing the bank’s inability to resolve its problems.

European markets edged up while Asian markets were mixed.

Copyright 2021 The Associated Press. All rights reserved. This material may not be published, broadcast, rewritten or redistributed without permission.