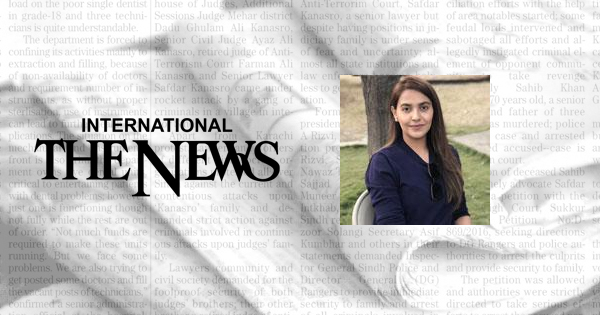 The economic problems currently facing Pakistan are similar to those faced by the PTI. In 2019, with low foreign exchange reserves and high deficits, the PTI government failed to sustain the 6% growth left by the previous PML-N regime.

At the time, the outgoing government criticized the PTI for having halted growth while correcting the current account deficit. With the same economic team back in power with other political parties, will the coalition government be able to steer the economy in the right direction without jeopardizing GDP growth?

With a commodity super cycle, structural economic problems, legacy inflation and delayed decisions, our economy is rapidly deteriorating. In order to stabilize the economy, the government eliminated fuel subsidies, a requirement for the continuation of the IMF program. However, fearing a public backlash, the current government wasted six weeks before taking this unpopular decision. This indecision to raise fuel prices cost the Treasury a loss of 150 billion rupees, led to a 10% devaluation of the rupee and a delay in the resumption of the IMF programme; this was followed by Moody’s changing Pakistan’s economic outlook to “negative”.

Along with the increase in fuel prices, Nepra approved a basic electricity tariff increase of Rs 7.91 while Ogra approved a gas price increase of 45% effective July 1. These measures – along with monetary tightening and a falling rupee – indicate that a tight budget is inevitable.

However, the big question is whether the downturn in fiscal year 2023 will be as severe as it was in fiscal year 2019. It would not be wrong to say that some key economic indicators such as the account deficit current and foreign exchange reserves are more or less the same as for the 2019 financial year, but the world economic situation is more difficult this time due to the abnormal increase in commodity prices as a consequence of the Russian-Ukrainian conflict.

The biggest challenge for this government is to manage these twin deficits when monthly inflation is already high. May’s monthly CPI hit around 14% and is expected to rise to 20% and beyond once the full impact of higher fuel, electricity and gas prices is reflected in food and transport.

With latent deficits and high inflation, 6% GDP growth is unsustainable. Consumption must be reduced to slow the pace and stabilize the economy. The SBP has already raised the bank rate to 13.75 percent and the Treasury bill auction rate suggests a further hike is on the cards. More restrictive measures to reduce imports and fiscal gaps seem evident in tomorrow’s budget. Next year’s FBR tax target of Rs 7.255 billion means increased tax rate, import duties and new taxes.

On the spending side, current spending has been inelastic even after popular demands for so-called austerity measures. An IMF budget will control targeted subsidies and completely ban unfunded subsidies, which will maintain sustained pressure on the purchasing power of the middle class. In the past, PML-N governments have relied heavily on the PSDP allocation for growth, but corrective measures to control the budget deficit might not give them that freedom in this budget.

All of these fiscal measures, along with the high cost of utilities and high interest payments, will increase the cost of production and decrease purchasing power, which will eventually lead to an economic downturn. And this slowdown can have a multiplier effect on the economy if it leads to layoffs and unemployment, as it becomes difficult for small and medium-sized businesses to withstand multiple pressures.

With stabilization measures and a shrinking budget, the government’s 5% growth and PSDP target of 800 billion rupees looks very ambitious. It will not be possible for them to achieve this growth while limiting strong inflationary pressures. Chief Economist and former Finance Minister Dr. Hafeez Pasha predicted that GDP growth would fall to 3% and inflation could reach 23%. In 2019, in the first year of the PTI government, GDP growth fell to 1.9% from 6% due to an inexperienced economic team and a delay in visiting the IMF. Hopefully with an experienced team and with Pakistan already in an IMF program, this time the situation will not get as bad as in 2019.

The author is a former presenter and analyst covering business and economics.