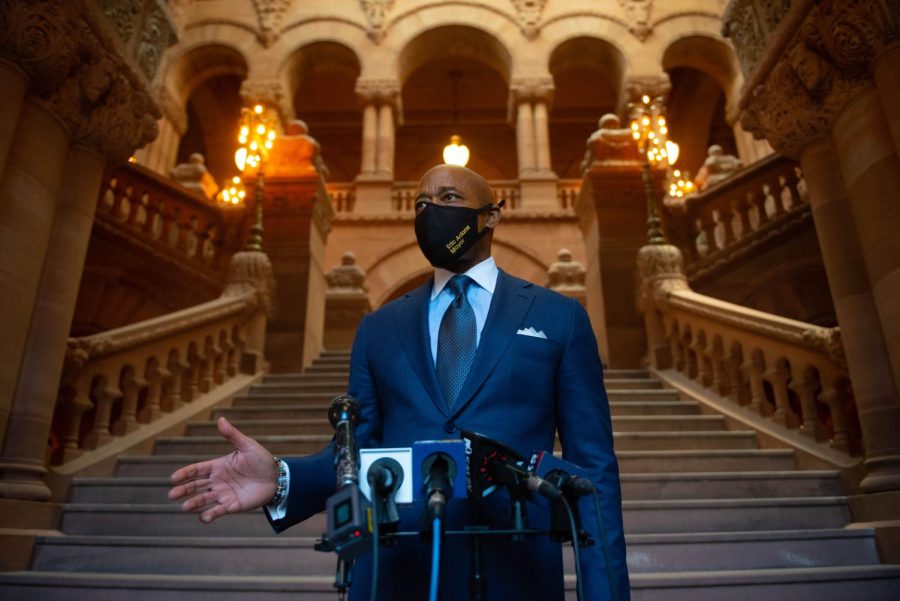 Adams’ plan also includes increased support for small businesses and help to make New York a tourist hotspot. According to the New York Times, tourism numbers in New York are not expected to return to pre-pandemic levels until 2025.

While he should let private companies make their own decisions about in-person work, his sentiments are understandable from the perspective of a major city official. Adams, like many mayors across the country, wants people to get back to life as it was before the pandemic.

Adams once said in a CBS News interview that people need to learn to live with COVID-19, and with his economic plan he is trying to speed up New York’s economic recovery.

“We have to learn to live with COVID, and we have to do it in a safe way,” Adams said of keeping schools open at the time.

Two years into the COVID-19 pandemic, New York City is facing multiple economic challenges, including a drop in sales tax revenue of $111 million a year.

Adams’ stimulus plans include investments in Hunts Point, Bronx infrastructure and the redevelopment of the Hunts Point Produce Market. Specifically, Adams is asking for a five-year investment consisting of more than $100 million to improve the 55-year-old area and an additional $40 million.

Adams has the support of New York State Senator Alessandra Biaggi for the restoration of Hunts Point Market. Biaggi correctly pointed out how New York’s recovery depends on the Bronx’s recovery.